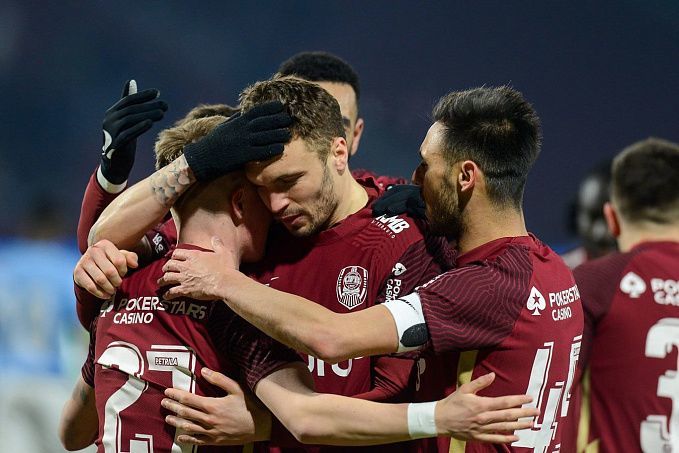 The first match of the Conference League third qualifying round between the Romanian CFR Cluj and Belarusian Shakhtsyor ended in a nil draw. How will the return leg end? Let's pick a few bets at once.

CFR won only one match in the current European campaign

The Romanian team began its European journey with the matches of the first qualifying round in the Champions League. CFR could not get past Armenian Pyunik, finishing both matches in a draw and losing in the penalty shootout - 0-0, 2-3 (2-2). Then, CFR met with Andorran Inter Club d'Escaldes in the second round of the Conference League, winning the first game on the home field 3-0, while the away game ended 1-1. In the first game against Shakhtsyor from Salihorsk, Cluj again played a draw. It turns out that the Romanian champion won only one game out of five, at home against the club from Andorra.

Before the return game against Shakhtsyor, CFR played a match in the Romanian championship, beating Chindia Târgoviste 2-0 away. In the national championship, Cluj is doing well, three wins in 4 games and first place in the standings.

If CFR Cluj lost in the first round of UCL qualification against Pyunik, Shakhtsyor failed to beat Slovenian Maribor 0-0 away, 0-2 at home. Shakhtsyor's next opponent, this time in the Conference League after withdrawal from the Champions League, was CFR. The first game ended 0-0, so it turns out that the Salihorsk team could not score a single goal for the three games of the current campaign.

In contrast to their rival, Shakhtsyor missed out on the national championship in between the European games. In total, following 15 rounds of the championship of Belarus, Salihorsk has 30 points and a two-point gap from the leader in the table BATE.

CFR has had only one victory in five European matches this season. However, the Romanian giants have no losses at all. Likely, Cluj will not lose in the return game against Shakhtsyor. Furthermore, Salihorsk has not scored a single goal so far this season.

Prediction: CFR will be closer to winning a low-scoring game.