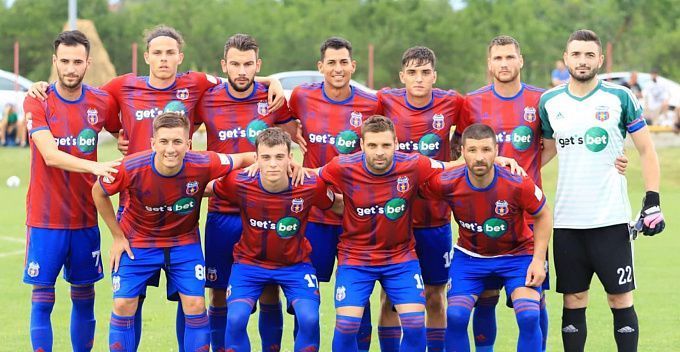 FCSB will take on Saburtalo Tbilisi in the return leg of the Conference League second qualifying round. The first match ended 1-0 with Saburtalo Tbilisi winning. Let’s see how the opponents are doing and what the best bet is. There are several options for you to consider!

FCSB finished second in the Romanian championship with 56 points. The team was only one point behind the triumphant CFR Cluj. As for the first match in the Conference League qualifying, FCSB failed. They managed to lose away to the club Saburtalo Tbilisi despite being the favorite.

Saburtalo Tbilisi is a strong mid-tier team in Georgia. So, after 20 rounds in the national championship, they sit fifth in the standings with 30 points, six behind the European competitions zone. Saburtalo Tbilisi has already beaten Partizani on penalties in the Conference League qualifying, as well as unexpectedly defeated FCSB (1-0).

Undoubtedly, Saburtalo Tbilisi should be given credit for the first match, but it is unlikely that the famous FCSB will misfire at home. This team has a lot more experience on the European stage, so we expect a very confident game and victory from them in the second meeting. The hosts will start to press from the first minutes, as they are in the role of catch-up, so we suggest betting on their victory in the first half and in the match.

Prediction: FCSB will win the first half and the match.