Partizan vs Nice Prediction: Match to live up to all expectations 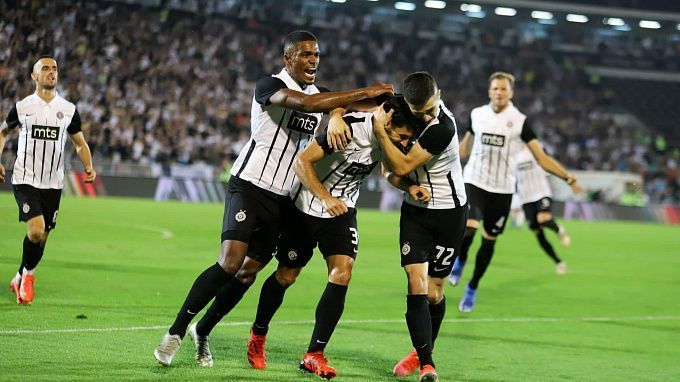 Partizan wil take on Nice in the Europa Conference League group stage on September 15 at 22:00 (UTC+3). Let’s see how the opponents are doing & what the best bet is. There are several options for you to consider!

Partizan are in good condition heading into the second round of the Conference League group stage. The Serbian club is undefeated in nine straight games, five of which have been victories, while the rest, of course, have been tied, 26-11 overall. That is, Partizan scores just under three goals and concedes just over one per game on average. Last game, the Black and Whites thrashed Mladost, scoring six unanswered goals.

Nice has not been itself in the new season. In the last ten games, the team has scored only three wins, with three draws and four losses. It should be noted that the French team were clearly unlucky with the group – Cologne, Partizan and Slovacko. So the Eagles will have to work hard to reach at least the round of 32, given that in the first round they played a score draw with Cologne (1-1).

Partizan has a good chance to earn points, and if we take into account that the match will take place in Belgrade, it's just great. Nice looks ambiguous lately, so the support of the opponent's fans can seriously confuse them. However, in this pairing we will not risk playing on the outcome. In our opinion, the best betting option is Total Over (2.5), as both teams play offensively and often make mistakes in defense.