Netherlands vs Ukraine: Andrey Shevchenko's team will have a great start at Euro 2020 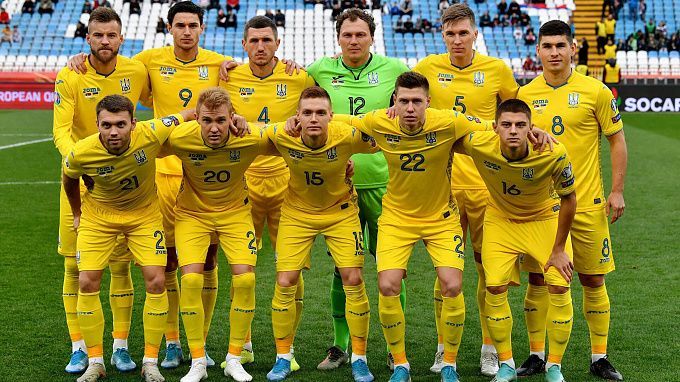 The time for the Netherlands and Ukraine teams to meet has come in the EURO 2020. Who will be stronger and score the cherished points? Let's list the teams' forms and advise on what is the best bet. We will offer several options for betting at once!

So far it is not quite clear what to expect from the Dutch team at the Euro. On one hand, lately, everything has more or less improved and the team began to show quality football, but on the other hand - there are plenty of problems. The absence of Virgil van Dijk immediately comes to mind. It is not for nothing that bookmakers do not have much faith in Frank de Boer's players- they are only eighth in the list of Euro favorites.

In general, the Dutch players are great - there are excellent players in all positions. The team has good chances to advance from the group stage.

The Ukraine national team participated in the strongest League A of the Nations League, where it performed well. It was in a quartet with Spain, Germany, and Switzerland. However, due to an outbreak of coronavirus in the camp of the Ukrainian team, it was awarded a technical defeat in the last match of the tournament with Switzerland, so it went down to  League B. Then, in qualifying for the World Cup-2022 Andrey Shevchenko's charges drew with the current world champions - the French (1-1).

What is the point of all this? The point is that Ukraine plays well with the top teams. And if you add fortune, lots and lots of it? Then we get a team that, in theory, has all the chances for a victory. Recall that in addition to the Netherlands, Austria and North Macedonia are also in Group C. This is far from a group of death, so with the proper vision, Andrey Shevchenko's team should make the playoffs from second or maybe even first place.

Of course, bookmakers prefer the Dutch. However, we should not immediately bury Ukraine. As we said above, Andrey Shevchenko's team has recently met with top teams often, so it has some experience. It will be the most important match for both teams. Unless the Austrians show something supernatural, today the Netherlands and Ukraine will fight for the first place in the group - we should hardly expect them to lose a point afterward. We don't expect the opponent's big name to scare the Ukrainians, so we suggest betting on them.

The best option for betting, in our opinion, is a goal from Ukraine. There is no need to think it up - the odds for this event are already great. Even if Frank de Boer's team manages to squeeze the Ukrainians, they will get their moment in 90 minutes. All they need to do is fulfill it. That was a pessimistic scenario for Ukraine. However, everything may turn in a completely different way - Ukraine will not submit to the Dutch but will try to score. If it succeeds, it may even get some points. Prediction: Ukraine's individual total over (0.5).