EURO 2020: Wales vs Switzerland - Will the Swiss continue to win? 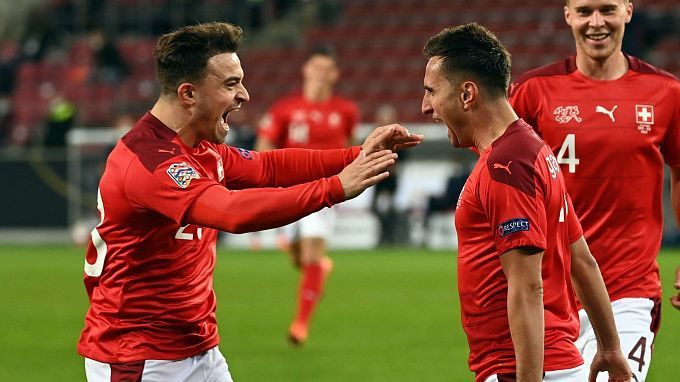 In the first round of the group stage of Euro 2020, the Welsh national team will face the Swiss team. The match will take place in the capital of Azerbaijan, Baku, and the bookmakers in the pair are on the side of the nominal guests, the Swiss team. Note that the teams have played four matches between them, not once in this confrontation was a draw.

The Welsh team just before the start of the Euros played two test matches, against France and Albania. The Welsh lost heavily, with the score of 0-3 to the French, played a 0-0 draw with the Balkans. The lack of goals scored in this period is striking. And before that, the Dragons could hardly be called a top team. TO 2.5 has been broken through just three times in the last 10 games involving the Welsh. The French team, too, probably, would not have lost so badly, if it was not for the suspension of Williams for hand play. As for the tactical formation, the Welsh national team played friendly matches in the scheme 3-4-3, it is unlikely the coaching staff of Dragons will depart from this pattern.

The Swiss team: the shadow favorite of Group A?

Let's pay attention to the fact that the Swiss team has a 6-match winning streak. Well, we can omit 3-0 over Ukraine, because that victory was technical, but in Bulgaria and Lithuania the crusaders won in qualification for the World Cup, and in friendly games were stronger than Finland 3-2, the U.S. team 2-1, and Liechtenstein 7-0. Opponents were not the top ones, it is true, but the Finnish national team is a participant in the Euro finals, so the results of the Swiss are very good. All friendlies Swiss team played according to one scheme, 3-4-2-1, given the excellent results, we doubt that the Swiss departed from this scheme in the finals of the European Championship.

The Welsh are a solid European team with no particular weaknesses. Roughly the same can be said about the Swiss, with the only difference that the bankers have a stronger squad, and a five-match winning streak hints at the fact that the Swiss team is in great shape. The last time the opponents met each other nearly 10 years ago, the last face-to-face meeting was won by the Dragons, and before that, the Swiss won three times. We believe that the «bankers» will continue their winning streak, beating the Welsh in a not very productive match. Here are the betting options for the game: W2 for 2.15, TO 2.5 for 3.00, Draw for 3.00.