France vs Switzerland: an easy match for France 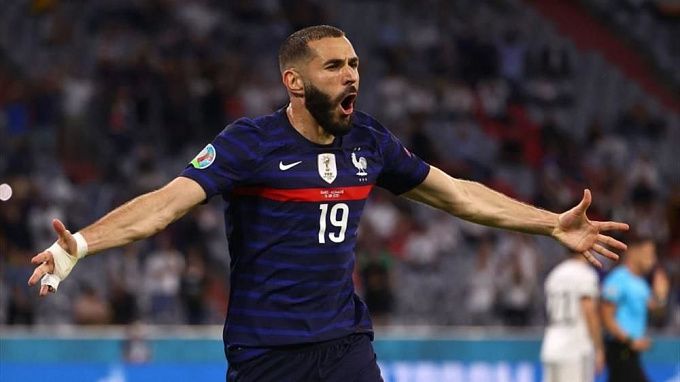 The French team can breathe calmly after exiting the group of death against Switzerland in the 1/8 finals match. The Swiss not many chances of winning the championship. Therefore, we are confident in the victory of the reigning world champions in the 1/4 finals.

The French were first in the group of death, having lost points to the Hungarians (1-1). But they managed to beat the Germans 1-0, although the score could have been bigger if not for t Mbappe in offside. In the match against the Portuguese, we witnessed the renaissance of Karim Benzema, who scored two goals, as well as Cristiano Ronaldo in a face-to-face match. So the opponents need to be wary not only of Kylian Mbappe's slalom passes but also of Benzema's bursts behind the back.

The Swiss team reached the playoffs in third place, scoring points against Wales (1-1 draw) and Turkey (3-1 win). But how awful the Swiss looked against Italy, where they lost 3-0. There it was, the vulnerability of Vladimir Petkovic's squad, which he was unable to hide. Most likely, we will see a similar picture to the game against Italy in the upcoming game against the ruthless French.

We believe that the French won't have much trouble against the Swiss, who are usually eliminated in the first stage of the playoffs. Winline gives odds of 1.57 for a French victory.

Also, we expect an open game, as it was in France's past matches where they were triumphant. That's why we recommend betting on a total of more than 2.5 goals for 2.20.

In conclusion, we propose to bet on the individual total of the French over 1.5 goals. Can you imagine that France will leave the field with one goal, when there are such beasts as Mbappe, Benzema, and Griezmann in the attack, and Giroud tearing and flailing in the reserves? We can't. So we recommend this bet for an odds of about 1.833.