Barcelona vs Napoli: Napoli not to lose at Camp Nou 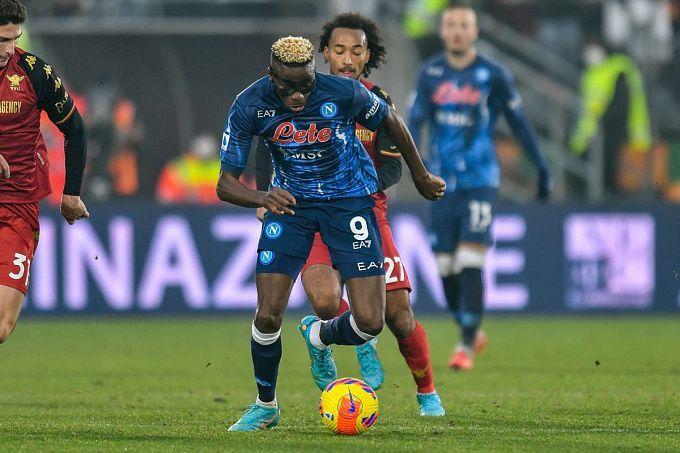 Barcelona and Napoli will meet in the first leg of the Europa League round of 16. The Neapolitans have been unsuccessful in their last three matches at Camp Nou. Can they break their losing streak?

Barcelona approach the European stage after two difficult matches in La Liga. First, the team showed a quality game at home against reigning champion Atlético Madrid. Xavi's players turned out stronger with a score of 4-2. Then there was a tough away match against Espanyol. De Jong earned Barça a draw in extra time. The Catalan derby ended with a score of 2-2. After all the problems, Barcelona are back in the top 4 of the Spanish league.

After flying out of the Italian Cup, Napoli's schedule was not as tight. Luciano Spalletti's players scored three victories in four Serie A matches. Successful performances came against Bologna (2-0), Salernitana (4-1) and Venezia (2-0). Last week the club hosted Inter. Napoli failed to hold on to their lead in the fight for the Scudetto. Napoli are currently sitting 3rd in the Serie A table.

The last face-offs took place in the Champions League. In Italy, the teams scored one goal each and tied the score. At the Camp Nou, Barcelona beat Napoli 3-1. Barça and Napoli have met in six games in all competitions, with the Spanish team being ahead, 4-1.

La Liga, but the team still lacks stability. It is hardly possible to criticize the young players of the Catalan club, who are still gaining experience of playing in top tournaments. In terms of experience and team chemistry, Napoli look preferable to the Catalans. I believe that the Neapolitans now have a great opportunity to improve the head-to-head statistics against Barça and break the losing streak at Camp Nou. As the main bet, I suggest considering the option that Napoli will not lose away.

It is worth highlighting the interesting figure in Napoli's Europa League games: six of the previous seven games saw the first goal scored 10 minutes into the game. I suggest we also look at the quick goal in the upcoming game.