Napoli vs Barcelona: The match to live up to expectations 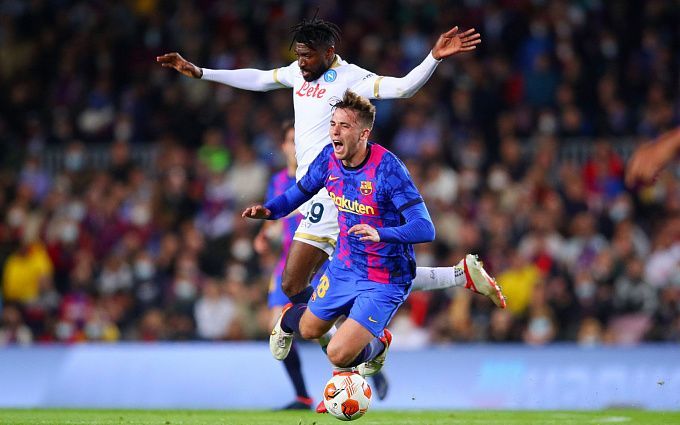 Napoli will host Barcelona in the return leg of the Europa League. The first leg match was a 1-1 draw. Let's break down the teams' form and see what's best to bet on. We've got a few options to choose from!

Napoli did not do well in the group stage of the Europa League. The Neapolitans were in a quartet with Spartak, Leicester, and Legia. It seemed that the Italian and English clubs would easily take the first two places, but it didn't work that way – the Russian club was first and Napoli, thanks to the victory over Leicester in the final round, was second with ten points. The first leg against Barcelona saw the teams draw at the Camp Nou, which could be considered a great success (1-1).

Barcelona played in the group stage of the Champions League and outright failed there. The Catalans took only third place, scoring seven points and losing their place in the round of 16 to Bayern and Benfica. They managed to beat only Dynamo Kyiv. The first meeting with Napoli in the Europa League draw cannot be considered a success for Barcelona – they looked better on the home field, but could not turn the advantage into a victory (1-1).

We think that the rivals will again be able to exchange goals. Napoli will clearly focus on offense at home, and will probably take the lead. That said, Barcelona also have players who can handle it on their own. We are not going to take any chances and get into the outcome, but just bet on an exchange of goals. The match is also likely to be high-scoring.