Scotland vs Ireland Prediction: Scots to make amends with the Boys in Green

Scotland vs Republic of Ireland 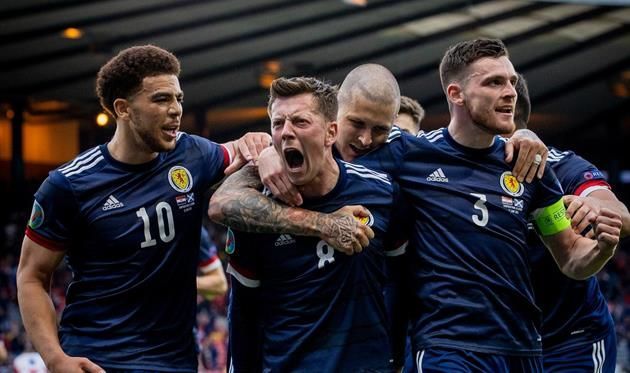 The Scottish national team is close to making the first-ever League A appearance in the Nations League. To do so, the Scots need to win the upcoming game and draw with the Ukrainians in the sixth round. In turn, the Irish are now more concerned not with promotion, but with keeping their place in League B.

As the Scottish team's encounter with Ukraine showed, the Tartan Army is in excellent form. Three goals scored, seven shots on goal and 23 shots towards goal!!! Excellent statistics and at the same time, the possession of the ball is only 47%. Thanks to this victory, the Scottish team tops the Group 1 standings. The Scots have 9 points, two points more than the Ukrainian national team, the closest pursuer of the Scots.

The Irish started the 2022/23 Nations League with two defeats to Armenia and Ukraine, followed by a resounding victory over the Scots and a 1-1 draw with Ukraine. Four points allow the Boys in Green to stay out of the relegation zone. Though the gap from Armenia is only one point, despite the Irish sitting at the bottom of the standings after defeating Scotland. Frankly, 3-0 in that game doesn't quite match the events on the field. Ireland probably deserved to win, but hardly such a resounding victory.

The Scots and Irish have played each other 11 times: four wins for the Scots, two draws, and five Irish wins. In the first round of the Nations League, Ireland thrashed the Scots 3-0 on home soil, but again, the score of that game does not correspond to what was happening on the pitch. Before that, the island teams had not played each other for seven years.

Team Scotland approaches the match in good spirits, in the lead and after a crushing home victory over their direct rival. Recall that the Scots are very close to winning first place in the group and promotion. Plus, the Scots probably did not forget about their 3-0 defeat in the first leg of Nations League, and will do everything to get revenge. Here are the betting options for the game: