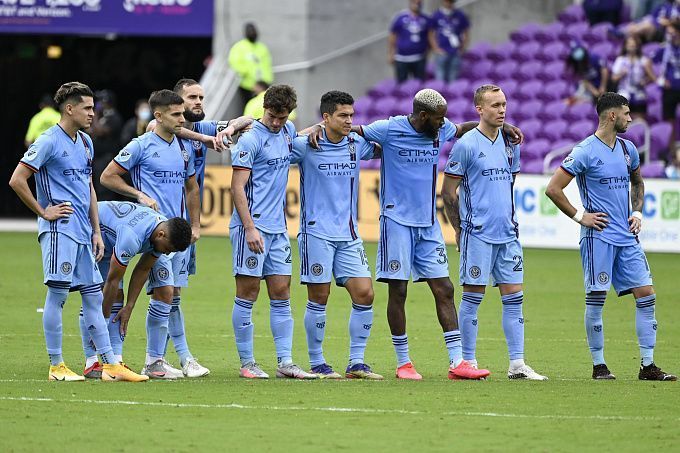 New York City and New England Revolution will lock horns in another MLS match that is scheduled to start at 20:00 (UTC+3) on July 9. Let’s see how the opponents are doing & what the best bet is. There are several options for you to consider!

New York City has been a bit sluggish of late. The team has three draws (with Colorado, Cincinnati, and Atlanta) and two losses – to the Red Bulls and Philadelphia Union. That dropped the team to fourth place in the Eastern Conference standings with 29 points. They are just three points shy of first place, so a successful performance in the upcoming game can significantly improve their position.

The New England Revolution made it to the playoffs, but can they stay there? Ahead of the upcoming game, the club ranks seventh in the East standings, having scored 25 points in 18 games. New England Revolution comes to the game against New York City after beating Minnesota (2-1) and two draws – 0-0 with Vancouver and 2-2 with Cincinnati.

Surprisingly, the bookies favor the first team, which we're not going to argue with. New York City is going through a pretty bad time, but the support of their fans can play a key role in the upcoming game. It's worth noting that New England Revolution has scored in nearly every away game – seven of the last ten. With this in mind, we suggest not getting into the outcome, and simply betting on an exchange of goals for very good odds.