Orlando City vs Chicago Fire: Lions and Fire like draws 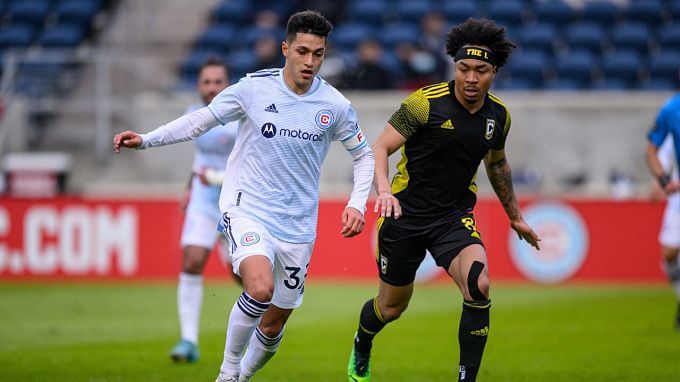 Round 6 of the MLS regular season will feature a match between two teams from the Eastern Conference. Orlando City will take on Chicago Fire. Both teams are in the top seven of the conference, contending for the final playoff spot. The bookmakers are on the side of Orlando City, as the home advantage is crucial in the MLS.

Orlando City finished March with an away draw against the Portland Timbers, to start April with a 2-4 home loss to Los Angeles FC. After the first half the score was 2-2, with Rodriguez and Murillo goals followed by Pato and Moutinho. And the second half ended in favor of the team from the city of Angels. Before the reporting round, Orlando City is sixth in the Eastern Conference standings, with an asset of eight points and five points behind the leading Philadelphia. The Lions' home stats are only 10th in the conference, three points earned after three games played on a goal difference of 5-6, a win over Montreal and two losses.

Unlike Orlando, who lost last week's game, Chicago Fire has not suffered a defeat since the start of the season. In five games, the Fire has two wins over Sporting Kansas City and DC United, and draws with Miami Inter, Orlando and Dallas. Overall, after five games played, Chicago has nine points, four points less than Philadelphia leading the East. On the road, Chicago has the fourth-best statistic in the conference: a win over DC United and a tie with Inter. Note that Fire tends to be low-scoring when playing away.

The opponents have played each other 18 times, the Fire winning seven matches, with seven draws and four victories for Orlando, goal difference 34-23 in favor of the future guests. In addition to the MLS, the teams have played once in the U.S. Open Cup and in a friendly. In the MLS, there have been 15 face-offs, +4=6-5, 18-26 slight advantage for the Fire. Orlando City's field saw two wins for Orlando with two wins for the Fire with three draws, 10-10 goal difference. In 2022, the opponents have already managed to play each other, that match ending in a 0-0 draw.

The current tone of the Chicago Fire is better than the opponent, so it makes sense betting on the guests in the upcoming game. We've pointed out that the Chicago Fire is a low-scoring team when playing on the road. In addition, the opponents have already played each other in 2022 and that match also ended non-productive, 0-0. We think that Saturday's game will not be rich in goals. The Saturday game will be quite the same. TU (2.5) for 1.85 as offered by Bet365.

Overall, 39% of the matches between Orlando City and Chicago Fire ended in a draw. And on the Lions' field, this index reaches the mark of 42%. Obviously, these teams like to play a draw. We will not be surprised if the upcoming game will confirm this trend. X for 3.52 from 22bet.