Philadelphia Union vs Columbus Crew: Another 2:0 from Philly 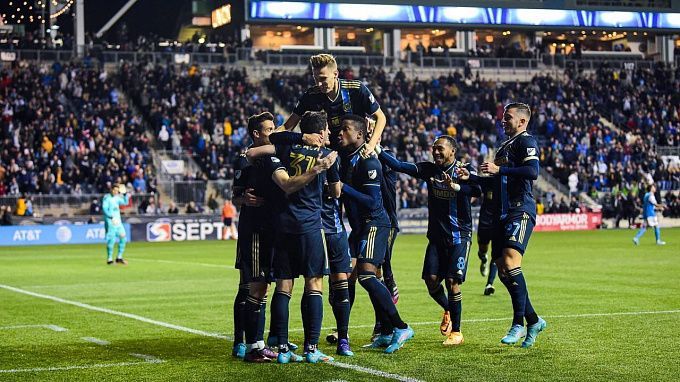 In the next round of the MLS regular season, the leader of the Eastern Conference, Philadelphia Union will meet with the club Columbus Crew. The hosts are the deserved favorites for the upcoming game.

In March and early April, Philadelphia Union played four games and won them all. On the road, the home team outplayed Montreal 2:1 and New York City 2:0. On their arena, Union defeated Charlotte and San Jose Earthquakes with the same score of 2:0. This great spurt allowed Philadelphia to top of the Eastern Conference. Before the start of the reporting round, Philadelphia Union has 13 points and is three points ahead of its nearest pursuers, the Red Bulls and Atlanta.

Columbus Crew has not started the new season as dashing as its opponent. In five games, they gained eight points, beating Vancouver and Toronto at home drawing with San Jose and the Red Bulls. Last round the squad lost to Nashville with a score of 0:1. After five matches, Columbus occupies fifth position in the Eastern Conference standings, five points behind leading Union. Columbus has two away draws, 3:3 and 1:1, in two encounters.

The fact that Union is in great shape is evidenced by the points scored and the fact that in the last three games Philadelphia has not conceded a goal, although their opponents were quite strong teams. Philadelphia has a 4-match winning streak, which will try to continue. Columbus is a fairly comfortable opponent, at least in the games played in Philadelphia.

We have already noted that Philadelphia has an excellent defense, in the past three games Union has not conceded. Just like this team didn't miss in three games against Columbus in 2021. We bet on both trends continuing.

Obviously, any score for Philadelphia is 2:0. Already three times the home team has won with this result. Recall that Union beat the San Jose Earthquakes, New York City and Charlotte. What if Philadelphia beats the Columbus Crew by the same score of 2:0 this coming weekend as well?