Finland U20 vs Germany U20: a Great Victory of the Hosts 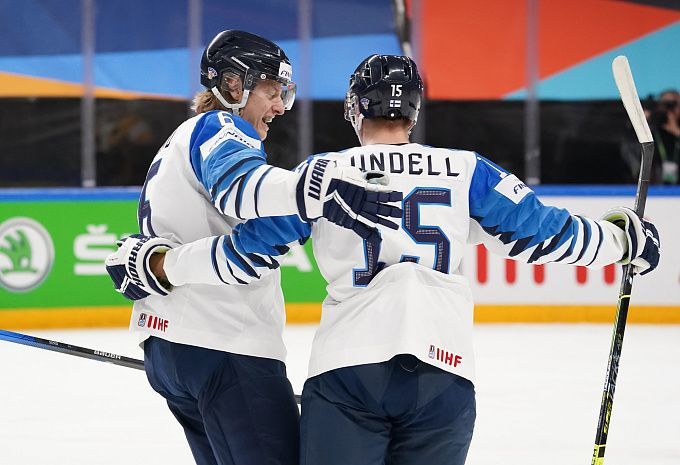 The Finnish national team won against the Germans in the past five personal matches at the World Junior Championship with a total score of 23:5. Will Suomi be able to last the successful series? Several betting options are available!

The Finnish national team is a volatile team at the junior level. Over the past eight years, the Young Lions have become world champions three times (Canada - the same, Russia - zero). Also, they could not even overcome the quarterfinal barrier three times. At the last championship, the team lost in the semifinals to the Americans, missing the decisive goal 76 seconds before the end of the third period - 3:4, and in the bronze medal match, they beat the Russians - 4:1. Now Antti Pennanen's team is not considered the leading contender for the title, but it has every chance to intervene in the fight for medals.

The German national team is a team that has been roaming between the elite and the second strongest divisions for the last two decades. At the level of the strongest league, it is difficult for them to compete with the seasoned teams. At the same time, they are superior to almost everyone behind. The last Junior Championship was an exception for the Germans because they performed excellently and almost knocked the Russians out of the quarterfinals, even in the elite. However, then they had a remarkable triumvirate determining the result:

Tim Stützle is the leader of NHL Ottawa for the second season.

John-Jason Peterka is scoring a point for Rochester in the AHL.

Florian Elias is still playing for Adler Mannheim and will again play for the junior team.

The German national team gave the best result at the last world championship since 1981, taking sixth place. Back then, they had crazy leaders. Florian Elias is one of them, and now he does not shine even at the level of the German championship. The Young Lions is much stronger and more experienced. The best Finnish scorers of last year's tournament are Roni Hirvonen, Kasper Simontaival and Topi Niemelä. They should easily beat the Germans, and you can bet on the victory of the Finnish national team with a handicap (-3.5).

A year earlier, the German national team showed bright and offensive hockey, scoring about the same as Finland while catastrophically conceding a lot. As a result, 42 goals were scored in four matches with the participation of the Germans at the group stage (10.50 on average per game), which is an incredibly high figure even for junior hockey. Under Tobias Abstreiter, the team should show equally brilliant playing. The best option for the prediction is a total over 6.5 goals.

The Finnish national team starts the youth championship with two easy matches against Germany and Austria, so they will have nowhere to hurry. The optimal form will come in handy by the end of the group stage when the Czech Republic and Canada are their opponents. Therefore, you should not expect that the Young Lions will rush into the attack from the first moments of confrontation with the Germans, and Tobias Abstreiter's wards will not want to provoke an opponent with a frisky debut at all.