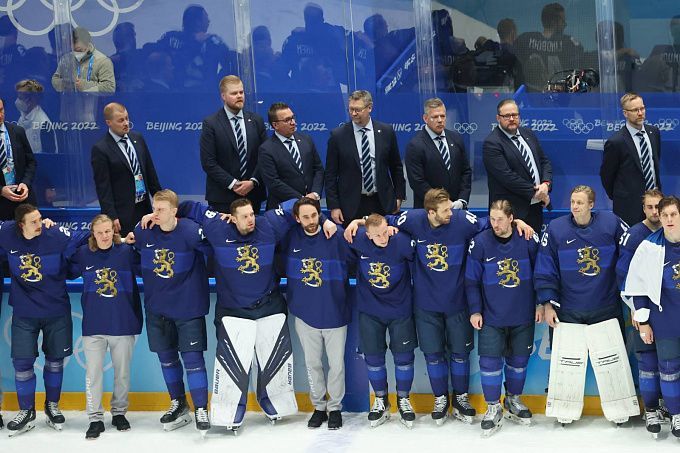 The 85th IIHF Ice Hockey World Championship will kick off on May 13, 2022, with 16 national teams fighting for the trophy. The tournament will exclude Russia, banned by the IIHF, but there still will be plenty to see in Finland. Team Canada will defend the title of champion, and we're going to see who the main rivals for the Maple Leafs are.

The Ice Hockey World Championship is a tournament where we see the same favorites almost every year. In the last ten years, only four teams have been winners of the championship: Canadians and Swedes three times, Russians and Finns twice. The Slovaks and Swiss have occasionally been among the finalists, but they still suffered setbacks in key games of the tournament, yielding to more high-profile opponents. And now the main contender for the title is the Finnish national team, whose success is estimated at 3.00 by 1xbet & 22bet and at 4.00 by Bet365. At 1xbet, you can also bet on Team Canada or Team Sweden for 4.00. Russia's national team, as we know, has been expelled.

Team Canada is the reigning world champion. A year earlier, the Maple Leafs had unexpectedly won the title, although they had started the group stage of the tournament with three straight losses. Then the slightly more experienced NHL guys came to Riga, among them Andrew Mangiapane, who became one of the tournament's protagonists, turning everything upside down. At the Olympics in Beijing, the Red and Black unexpectedly left early, but there were not that many overseas hockey players. Now we have the right to expect a more powerful lineup from the Canadians, and they will be led by the experienced Claude Julien. Considering their weak group, they should be well on their way to the playoffs.

Team Sweden continues to be among the title contenders, even though they have shown mediocre results in recent years. Johan Garpenlov has been the head coach of Tre Kronor since 2019, but during that time he has not won a single award at the world championships as well as at the Olympics. Despite reaching the semifinals, he lost in two decisive games and was left without medals again. The upcoming World Championship will be the last one for the 54-year-old specialist as the Yellow and Blues' coach, so he will certainly try to prove his worth. The Swedes already have eight players from the NHL for the championship, which makes their roster highly competitive.

The Czech national team has not won medals at major international tournaments since 2012, when they managed to win bronze medals under Alois Hadamczik. Interestingly, that tournament was also held in Finland, so this country could bring success to the Lions again. The Czechs are heading to the 2022 World Championship under a new head coach. Jukka Jalonen replaced Filip Pesan after his failure at the Beijing Olympics, becoming the first ever international coach in the history of Czech hockey. The Finnish coach has already invited NHL standouts Filip Hronek, Tomas Hertl, Jakub Vrana and Dmitrij Jaskin to join his team.

Team Finland is the odds-on favorite to win the 2022 World Championship and their participation in the finals is hardly questionable. At the last three major tournaments in a row, Suomi have made it to the main game, winning the championship twice. Another question is who their opponent will be. The temptation is great to assume that the second finalist will be a Canadian national team, which will have an easy schedule in the group stage. Still, in the quarterfinals they will be facing a serious rival and risk to drop out too early.

I do not have much faith in the Swedish national team, who have yet to achieve something under Johan Garpenlov. That leaves only hope for the Czech Republic, who have shown decent hockey since their new coach arrived. More motivation for Kari Jalonen will be the tournament's home status. After all, he's a Finn working for the Czechs. As a result, we should expect the teams of Finland and the Czech Republic in the final of World Cup-2022, and 22bet betting company estimates such an outcome at 6.00.

Team To Win The Championship

The IIHF World Championship is a short-term tournament where anything can happen, so it's hard to predict a champion, but the Finnish team seems too evident. At the last two such short-term World Championships and at the 2022 Olympics, Suomi proved their stability and the highest level of play and discipline, and Jukka Jalonen calmly solved all the problems on his way. With this in mind, we should bet on Team Finland to win the tournament at odds of 4.00 at Bet365.