Anaheim Ducks vs Florida Panthers: the Panthers to end their trip to the West with a win 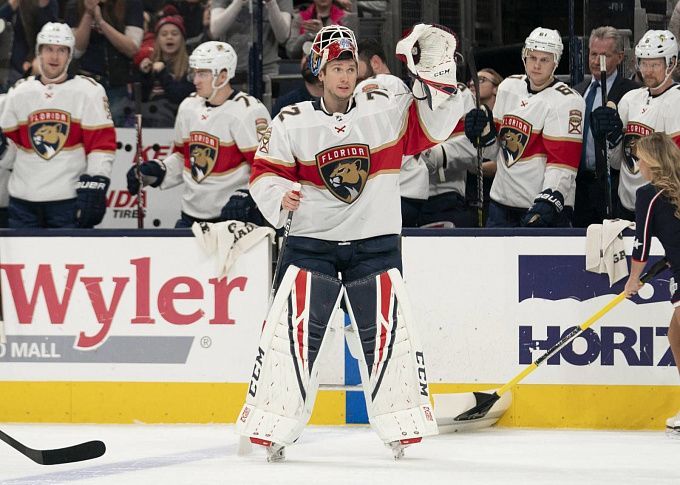 Anaheim lost to Florida in their last two consecutive head-to-head encounters. Will Dallas Eakins' team be able to avoid another loss to the South? Our prediction: the Panthers will once again be closer to success!

Unfortunately, Anaheim is gradually dropping out of contention for a playoff spot. It seemed that this season the Ducks can finally overcome the protracted crisis, but they only lasted for a couple of months, after which another decline began. In their last 16 matches, Dallas Eakins' team has only managed four wins against 12 losses, which is obviously not enough to solve serious problems. The current losing streak is five games in a row, which only confirms their abysmal form. As a result, the Californians are already 12th in the Western Conference standings, and only a drastic improvement in their record can save them, which would be a miracle.

Florida has had a great regular season. Watching the Panthers games is a special treat, as they don't really worry about their defense — they know they will end up scoring more than their opponent anyway. Yes, sometimes that doesn't happen, but the Southerners still have decent results in the long run. Andrew Brunette's team opened March with five consecutive big juicy victories, but their trip to the West has not been as successful as they lost to Los Angeles and Vegas, 2-3 and 3-5, respectively, and only managed to beat San Jose, 3-2. Nevertheless, Florida now leads the Eastern Conference standings.

During the regular NHL championships, the teams have held 37 face-offs. The Ducks have 16 wins, the Panthers stronger in 18 games, three games a draw. The goal difference is also on the guests' side — 112-98. The last time the rivals met was in the 2019/20 season when both times it was the Florida players who celebrated the victory, 5-4 and 4-1.

Current Anaheim and Florida are teams of completely different levels. If the Ducks drastically slowed down after a good start to the regular championship, the Panthers continue to perform well, being the leaders of the Eastern Conference. The Californians approach this game in terrible shape, having lost their last five games in a row, while the Southerners have six wins in the previous eight matches. The guests turn out to be the clear favorites, and you can bet on Florida's victory with odds of about 1.80.

Florida is the highest-scoring team in the entire National Hockey League. In 61 meetings held, Andrew Brunette's players have managed to score 251 pucks (4.11 average per game), which is a very solid indicator. Anaheim, meanwhile, has serious defensive problems, which have been particularly exposed of late, as they have conceded 22 pucks (4.40 average per game) in their previous five games. Of course, the Southerners should take advantage of this, so the optimal option for you to bet on seems to be Florida's Individual Total Over (3.5) pucks at odds close to 1.80.

Sam Reinhart is having a great regular season, which can already be considered the best in his career. All previous seasons, he played in the hopeless outsider of the NHL Buffalo, where he looked very good, but did not solve any tournament problems. Now he ended up at a club that claims the Stanley Cup. The 26-year-old American was so excited that he has already scored 59 points (23 goals + 36 assists) in 58 games. He is only six points away from breaking his record, but now it's worth taking a closer look at his Total Over 0.5 for about 2.50.