Buffalo Sabres vs Florida Panthers: the Panthers will not waste a single point 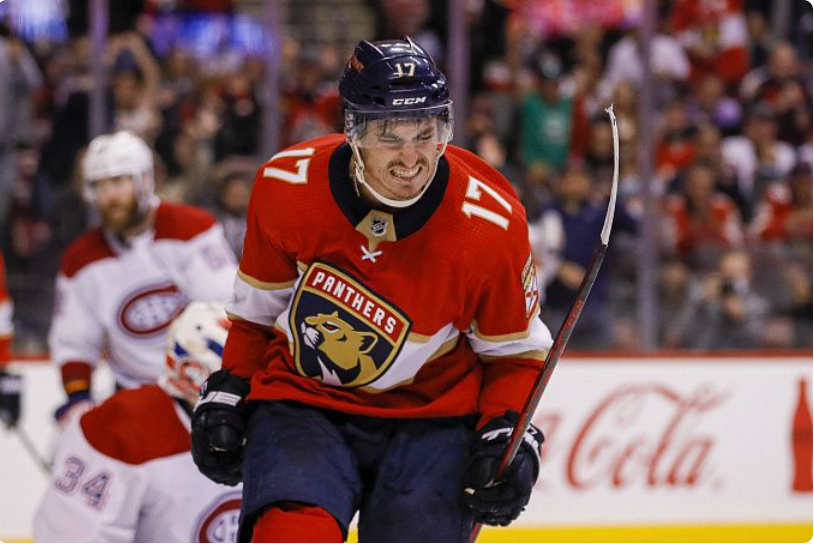 The Buffalo Sabres will take on the Florida Panthers on April 3, 20:00 (UTC+3). Let’s see how the opponents are doing & what the best bet is. There are several options to consider!

Buffalo got a sensational victory in their last game, beating Nashville by one puck (4-3). However, things are not all bright. The Sabres already have no chance of making the playoffs, as Boston, who are fourth in the Atlantic Division, are 27 points ahead. Buffalo sit sixth with 61 points.

Florida has a back-to-back ahead of them. First, the team will face New Jersey, where they should have no trouble scoring points, and then there's Buffalo, which shouldn't be a problem either. The Panthers are leading in the Atlantic Division table with an excellent margin over inferior Tampa Bay. Their lead is six points, but in the East, the Panthers will have to fight for the first position, as the second Carolina has the same number of points (98).

We will, of course, favor the second team. Buffalo is several times inferior in class to Florida, and for the game, they are not in the best shape – two wins in the last five games, while the Panthers have four victories and one loss. That's not to say the Panthers will lose much strength in the first part of the back-to-back. They're not facing some top club, but New Jersey, which basically doesn't shine.

What are Buffalo's chances at all in the upcoming game? That's right, none. The Sabres are just completing the season right now, so there's no reason for them to get too worked up. Florida is fighting for the top spot in the Eastern Conference right now, so they won't waste any points. All in all, we would suggest betting on a clean win for the other team.

Our prediction: victory for Florida.