Calgary Flames vs Vancouver Canucks: Expect Total Over once again 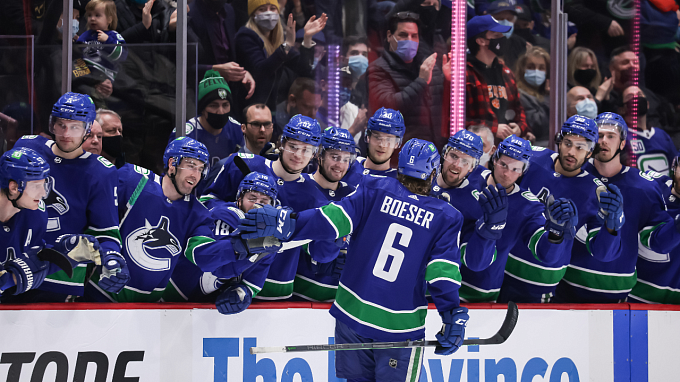 Calgary will take on Vancouver in an NHL match. Let’s see how the opponents are doing and what’s best to bet on. There are several options to consider!

Calgary lost after big victories over St. Louis (7-1) and Columbus (6-0). What is more, it was St. Louis who got their revenge with a 5-1 win over the Flames. Calgary is in fourth place in the Pacific Division standings with 46 points. Fifth-seeded San Jose has the same number, but has played four more games. Meanwhile, sixth-place Edmonton has 44, despite having played the same number of games.

Vancouver broke a three-match losing streak with the last game. The Canucks lost to Florida (1-2 in a shootout), St. Louis (1-3) and Edmonton (2-3 including overtime). After that, however, they defeated Winnipeg 5-1! Vancouver is seventh in the Pacific standings with 43 points.

For some reason, it is Calgary who bookmakers see as the clear favorite for the upcoming match. Yes, Vancouver has personnel problems, but there is only a three-point difference between the teams, and the Canucks will obviously be on fire after thrashing Winnipeg. We won't get into the outcome, but rather note that four of the last five face-offs between the opponents have gone over the total. It seems that we will also witness it in this one, as both teams will aim at winning.