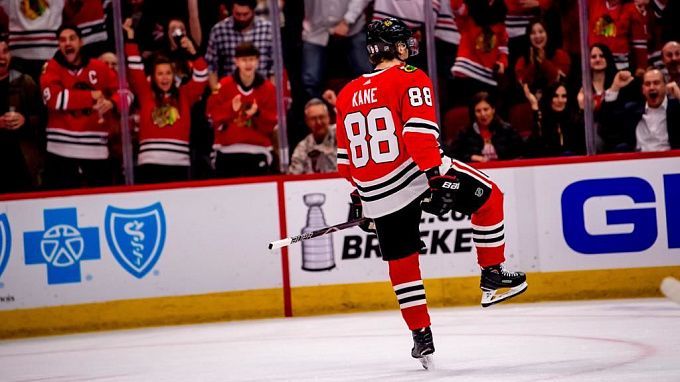 Chicago's matchup with Calgary has been postponed by the league due to a COVID outbreak on the Canadian team. Now Derek King's team will face Washington on home ice. Will the rested Blackhawks be able to win? Let's pick a few options to bet on at once.

Chicago got an extra day of rest

The match against Calgary being cancelled allowed the Chicago Blackhawks to take a break. Thus, the Hawks approach the meeting with Washington in the same conditions. The Capitals also played their last game on December 12. Chicago lost away to Toronto on this very day. Patrick Kane and others had a great comeback, bouncing back from 1-4, but were hurt in the end by goalie Lankinen. The Finnish goalkeeper made a gross miscue, and the Blackhawks lost 4-5.

Overall, Derek King's team has 10 wins in 27 games. Chicago is in 7th place in the Central Division, still far from the playoff zone, but the legendary team naturally has prospects to fight for the postseason.

Washington didn't have the best stretch

The Capitals might benefit from a brief pause. Peter Laviolette's team won only 1 game out of the last 6 out of the main time, lost to Pittsburgh in the divisional confrontation and in the previous game on December 12 they even had problems against a weak Buffalo. Only in a series of shootouts did Washington manage to outplay the Sabres, 3-2.

The unlucky streak, however, had no impact on Washington's position in the standings. The Capitals are still 1st in the Metropolitan Division with 17 wins in 28 games since the start of the league.

The opponents have already played each other once this season, Chicago beatin Washington away in a shootout series (4-3).

Chicago just needs to win more than Washington right now. The team has greatly improved the game and performance after the change of the head coach. It is likely that the Chicagoans will be able to score points at home in the matchup with the Capitals. Washington has a bad stretch and the upcoming game will be even less motivated than the opponent.

Prediction: Chicago will impose resistance to Washington and finish the game with points, maybe even with two.