Detroit vs Vegas Prediction: the Setback Didn't Hurt the Knights 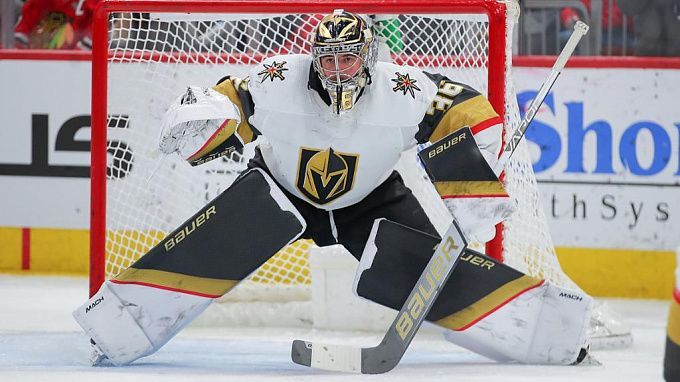 Prediction for the NHL Detroit vs Vegas match, which will take place on December 4th. Who will turn out to be stronger? Check the team conditions! Several betting options are available.

The Wings have a home series. Derek Lalonde's team won the first two games, beating Nashville and Arizona, but then failed twice in a row. First, Detroit fell to Toronto (2-4) and for the second time to Buffalo (4-5 in a shootout). After a great start to the season, Detroit has slowed somewhat, dropping to eighth place in the Eastern Conference standings.

The Golden Knights are coming into the meeting in Detroit with three defeats in their last four games. Bruce Cassidy's team failed to Seattle, Vancouver, and Pittsburgh in their previous match, beating Columbus in a shootout - 3-2. The bad stretch didn't hurt Vegas in the standings, as the team is still first in the West with 17 wins in 25 games since the start of the championship.

Alex Pietrangelo missed the last two games for Vegas, which significantly reduced the team's offensive production. Despite being a defenseman, Alex is currently the second-leading scorer for the Golden Knights. In games against Columbus and Pittsburgh, Vegas only scored five times without Pietrangelo. The picture is unlikely to change in the game with Detroit, especially since the Red Wings already know how to sit on the score. It is also doubtful that Detroit will score much, as Vegas goalie Logan Thompson has had a terrific season. So we'll take the TU here and might consider a tie - the opponents have been playing too many draws lately.