Los Angeles vs Calgary: The Flames do not concede in every third game; will the Kings manage to score against them at least once? 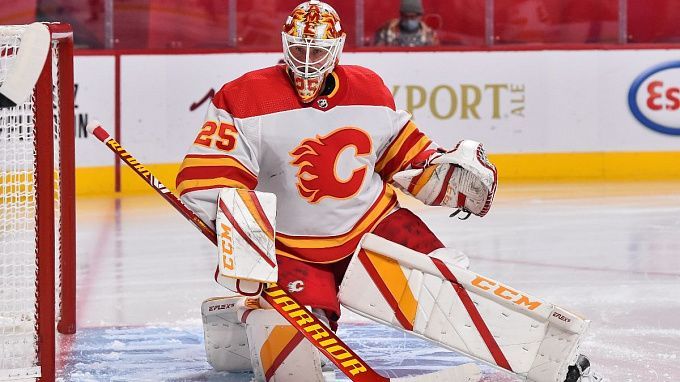 The Los Angeles Kings will be visited by Darryl Sutter, the coach under whom the Kings won the Stanley Cup twice. Sutter is now in charge of Calgary, with whom he apparently has his sights set on another triumph. Who will emerge victorious in this interesting encounter? Let's pick a few options to bet on at once.

Los Angeles are having a very disappointing home stretch

In the previous matchup, the Kings managed a gorgeous comeback. Todd McLellan's team lost on their home ice to Anaheim 1-4, but managed to put the meeting into overtime in half of the third period, scoring three unanswered pucks. Los Angeles was unable to win, the Ducks took two points in a shootout, but even 1 point for a tie in regulation time, and with such a comeback, is already a good result for LAK. Los Angeles, after winning 7 games in a row prior to this one, have been extremely unsuccessful in recent meetings. The previous seven matches saw the team lose 6 times, including 5 of 6 on home ice. Although the regulation time witnessed the King defeated only 3 times during this stretch and by the contenders exclusively – Washington, Carolina, and Toronto. So far, the Los Angeles Kings are certainly not out of the playoff race, but much will depend on the outcome of their next few games. At the very least, the Californians' ambitions will certainly become more apparent.

Twenty two games since the start of the season, the Flames have had only four losses in regulation time. Correspondingly, Darryl Sutter's team scored points in 18 games, 13 of them with 2 points. Of course, such strong performances ensure that Calgary enjoys a comfortable enough position in the standings. At the end of the first quarter of the regular season, the Flames share the 1st line of the Pacific Division with Edmonton; there’s also Minnesota in the top 3 of the entire Western Conference. It is too early to talk about the team's playoff prospects, but Calgary's bid for success not only in the regular season but also in the postseason is very loud.

The Flames will match up in Los Angeles after 3 straight meetings at home. During the home stretch, Calgary handled Chicago, lost to Winnipeg, and beat Pittsburgh in a shootout.

Calgary have shown a landmark achievement this season. Seven of the first 19 games since the start of the championship were finished with a shutout. There hasn't been such a brisk start in the NHL in terms of clean sheets since the late 1920s. In 22 games, the Flames still have seven clean sheets, but that doesn't make their record any less admirable. It turns out that almost every third game in this doesn’t see Calgary concede. Why shouldn't Darryl Sutter's team improve on that statistic in their meeting with Los Angeles? It is quite possible that the Kings scored all of their pucks in the third period against Anaheim.

Prediction: Calgary will be closer to victory in a low-scoring game.