Ottawa Senators vs Carolina Hurricanes: the Hurricanes to earn 2 points in Ontario 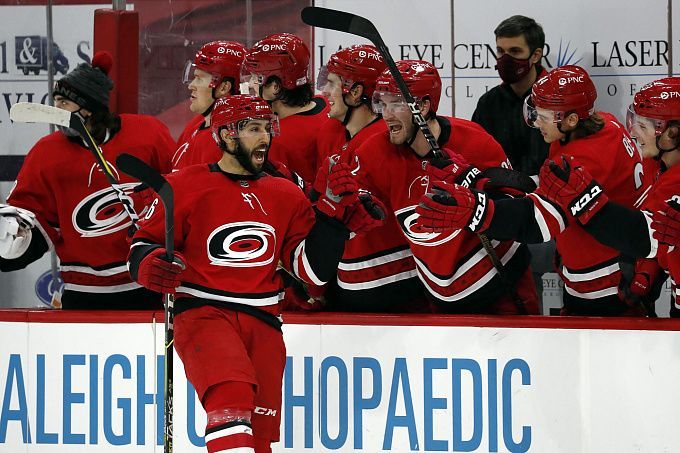 Ottawa and Carolina exchanged away wins in their first two face-offs of the current season. Who will take the lead in the season series? Our prediction: the Hurricanes will be closer to success this time!

Ottawa is having another modest regular season with no serious tournament goals. The Senators continue as a young and promising team, growing strong and gaining experience that should allow them to take a big step forward for the foreseeable future, but so far it is not happening. Before the All-Star Game break, D.J. Smith's team suffered three losses in four games, only to defeat New Jersey easily after a short break, 4-1. Still, Ottawa is currently sitting 15th in the Eastern Conference standings, and the gap to the play-off zone looks too big for them to catch up.

Carolina is another young and promising team, but their rebuilding period has already finished, so now they are ready to seriously fight for big goals. That can be seen in the results that the Hurricanes show. They started to make the playoffs on a regular basis and are doing very well in the current regular season. The last nine games saw Rod Brind'Amour's players leave the ice without gaining a point only once — after an unexpected 4-7 loss to New Jersey, and they also lost to Toronto 3-4 in overtime. All of this allows Carolina to sit in third place in the Eastern Conference standings, and they lead in terms of points lost.

During the regular NHL championships, the teams have faced off 109 times. The Senators won 42 games, while the Hurricanes were stronger in 59, and the rest of the games (eight) ended in a draw. The goal difference is also on the side of the team from Raleigh, 308-279. The rivals have met twice in the current season. First it was Ottawa players who celebrated the victory (3-2), and the second time was a win for Carolina (3-2).

Ottawa and Carolina are teams of completely different level at the moment. While the Senators continue to grow stronger and gain experience, having yet to solve any tournament problems, the Hurricanes have already begun to show a very powerful and stable game, allowing them to enter the group of NHL leaders. Of course, Rod Brind'Amour's players are the clear favorites for the upcoming game, as they are simply much stronger than their opponent. As a result, you should consider betting on Handicap Carolina (-1.5) for about 1.90.

The confrontation between Ottawa and Carolina in the current regular championship turns out to be very modest in terms of performance, as the opponents exchanged victories with the same score of 3-2. Two young, mischievous, feisty and ambitious squads simply cannot play their third face-off as a cautious defensive battle, yet their emotions should compel them to go on the attack. Moreover, both squads had a week off since the All-Star Game, so there should be nothing to prevent them from playing spectacularly. We would expect Total Over (6.5) at odds close to 2.10.

Vincent Trocheck is having another productive season in his career. The Carolina forward has shown an extremely consistent game, which is why he does not drop below a certain level every year, which is why he is constantly compiling good personal statistics. 43 matches of the current regular season saw the American score as many as 30 points (11 goals + 19 assists) which puts him in the top 5 of the Hurricanes' scorers. Obviously, the 28-year-old hockey player is in good shape, so it is worth considering to bet on Vincent Trocheck's Total Over (0.5) at odds of about 1.85.