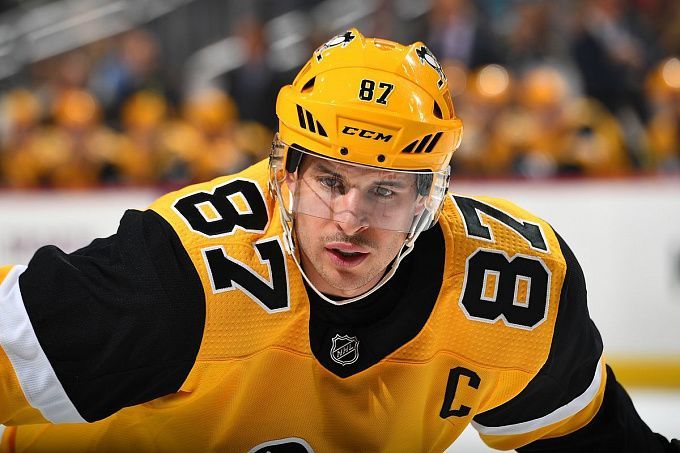 Pittsburgh has beaten Los Angeles for the last three home matches in a row. Will Todd McLellan's team be able to break such a bad streak? Our prediction: the Penguins will be closer to winning again!

Pittsburgh continues to score points steadily, improving the tournament position, but they suddenly started to lose, beaten by not the most serious opponents. Since the beginning of December, Mike Sullivan's players have managed to get 17 wins in 19 meetings which allowed them to turn from the league's outsiders into one of the favorites. Unfortunately, their last two games saw the Penguins lose to Seattle and Detroit, 1-2 and 2-3, respectively, but both times were outside of regulation time, clinging to a point each. All of this puts the Pennsylvanians third in the Eastern Conference standings.

Los Angeles made themselves look like a hopeless NHL outsider in recent years, but the current regular season has seen them finally complete the personnel rebuild and now seriously intend to solve big problems. Yes, the Kings had problems in the season opener, but gradually they were able to cope with them, gaining excellent momentum, but in the second half of January another setback came into play. In the last six meetings, Todd McLellan's team could gain only two victories, and those over New Jersey and the Islanders with a score of 3-2, while the Devils and the Islanders themselves now are far from the ideal form. A series of failures dropped the Californians to seventh place in the Western Conference standings.

During the regular NHL championships, the teams have held 163 face-offs. There are 67 wins on the account of the Penguins, while the King's were stronger in 78 games, and another 18 matches ended in a draw. The goal difference is also on the side of Californians, 550-504. The opponents have met once in the current season, and that time the victory was celebrated by the players of Los Angeles, 6-2.

The confrontation between Pittsburgh and Los Angeles in recent times turns out to be very home team-oriented. If the trip to California does not bode well for the Penguins a long while, the Kings cannot win in Pennsylvania. Now the clear favorites are Mike Sullivan's players, who gained excellent form and scored points in 19 of the last 21 games. The Black and Whites, on the other hand, have been in a slump that has seen them lose four of their last six games. As a result, a bet on Pittsburgh's victory at odds of about 1.70 seems like a great option.

The rivalry between Pittsburgh and Los Angeles has been characterized by very good scoring activity lately. In the five previous head-to-head encounters, the opponents combined for 34 goals (6.80 average per game), which is respectable even in the NHL. The opponents have been equally productive in the regular season: The Kings have amassed 244 goals (5.55 average per game) in 44 games, and the Penguins have even tallied 164 goals (6.00 average per game) in 44 meetings. Based on this, you should consider betting on Total Over (5.5) at odds close to 1.70.

Sidney Crosby missed the starting part of the regular season as he was recovering from an injury, but he gradually gained good form. In 32 matches played, he already recorded 36 points (11 goals + 25 assists), which in itself is an excellent indicator, but recently he was even able to progress, having scored 9 points (4 goals + 5 assists) in the previous five games. Obviously, in such a state the Canadian is able to continue to stamp productive actions, and you can bet on his Total Over (1.5) at odds of about 2.20.