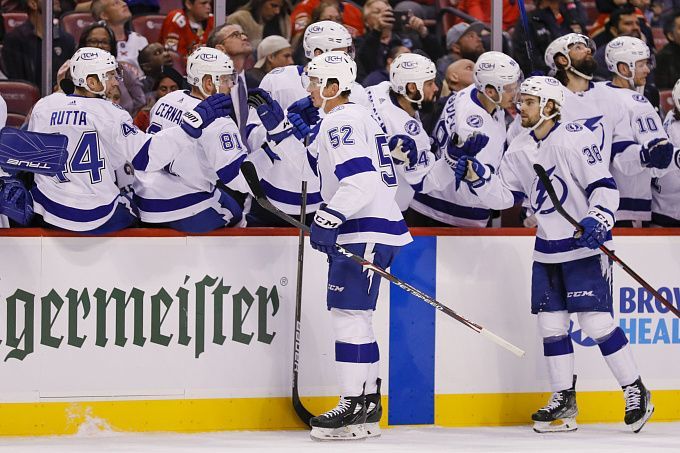 The Tampa Bay Lightning will take on the Florida Panthers in game 4 of the NHL Stanley Cup playoff series on May 24, 02:00 (UTC+3). Let’s see how the opponents are doing & what the best bet is. There are several options for you to consider!

Tampa Bay is racing for the third straight Stanley Cup. While the Lightning suffered a lot against Toronto (2-3 in the series with two wins). However, their series with Florida has been incredibly successful. In the first matchup, Jon Cooper's men won with the score 4-1, game two saw them win 2-1, and the third one ended 5-1. Now Tampa Bay is literally one step away from advancing to the Eastern Conference Finals.

Who would have expected the best team in the regular season to fail like that in the Eastern Conference semifinals? Florida finished solidly (4-2) against Washington, but it's hard to explain what's going on with them this season. Andrew Brunette's team has lost three straight games and is on the verge of relegation. And frankly, going 0-3 against the likes of Tampa Bay seems surreal.

Tampa Bay has picked up some crazy momentum and is coming into this matchup after five straight wins – two over Toronto and three over Florida. The Lightning are in pursuit of their third consecutive Stanley Cup and are sure to take the upcoming game with experience. In addition, they will play with the support of their fans, where they got the biggest victory over the Panthers (5-1).

We think that a frustrated Florida will likely throw in the towel, which Tampa Bay is sure to take advantage of. Why should the Lightning have one more game with the Panthers when they can finish them off and get ready for the next round of the playoffs. As the main bet, we suggest taking Jon Cooper's team's double chance and exchange of goals. We could also bet on a simple win, including overtime.

Our prediction: Tampa Bay Not To Lose + Both Teams To Score for 1.65.