Toronto Maple Leafs vs Vancouver Canucks: the Canucks are in great form 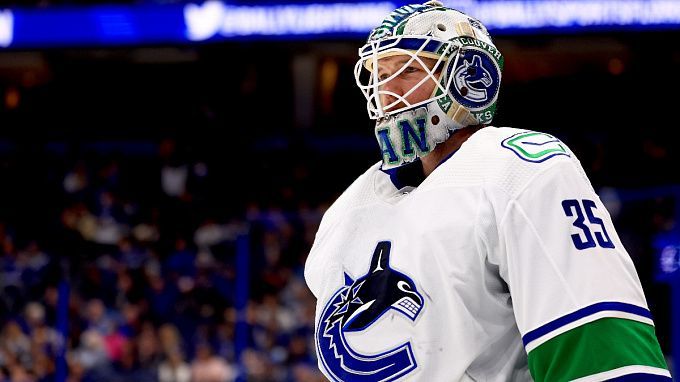 The Toronto Maple Leafs will take on the Vancouver Canucks on March 6, 03:00 (UTC+3). Let’s see how the opponents are doing & what’s best to bet on. There are several options to consider!

Toronto surprised everyone in the last game, but in a bad way. The team is solid, but they managed to lose at home to a regular middling in a blowout (against Buffalo 1-5). Because of that loss, the Leafs dropped a little bit to the higher-ranked Florida. Earlier, the Panthers' lead was one point, but now it is three. Toronto needs to get better in the upcoming matchup, especially playing at home.

Vancouver got pretty crazy. In the last five-game stretch, the Canucks managed to earn eight points, beating Seattle, Calgary, the Rangers and the Islanders. However, they still had one serious misfire against New Jersey. Vancouver lost to an outsider with a score of 2-7. If the club continues to score points in the same spirit, they could find themselves in the playoff zone without much trouble.

We root for Vancouver in this matchup. The Canucks have added a lot of momentum lately, and they clearly plan to take two points in the upcoming meeting. Toronto showed in the last game that they could make mistakes. Recall that most recently, the Canucks broke Calgary's ten-game winning streak, defeating them 7-1, and then they beat the tough Rangers in three pucks. Overall, we believe that Vancouver will be stronger. We suggest betting on the visitors' plus handicap.