Content
To top
1.
Aleksei Oleinik: to quit or not to quit
2.
Ilir Latifi: not a top-tier fighter, still a very dangerous one
3.
Tale of the tape
4.
Expert Betting Tips
Users' Choice
62 200 USD 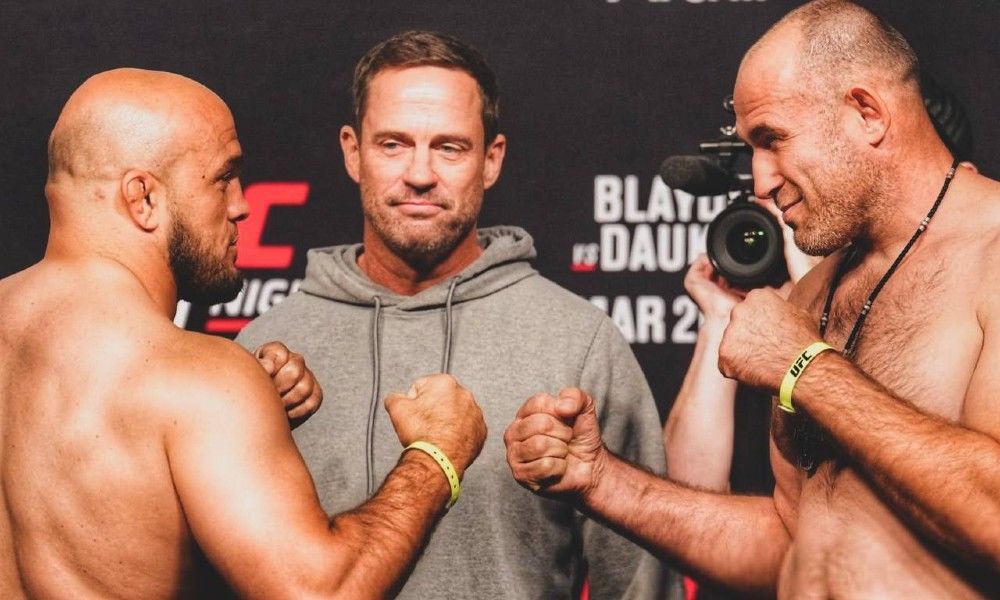 Another UFC Fight Night will take place on March 26 to 27 in Columbus (USA). One of the main card fights will feature Russian fighter Aleksei Oleinik and a representative of Sweden Ilir Latifi.

The fight will take place in the heavyweight division. None of the fighters are in the top 15 of the official UFC rankings. Ilir Latifi is the bookmakers' favorite.

Aleksei Oleinik: to quit or not to quit

Oleinik's career has been nearing the end for several years, but right now it's the real crisis. This fight will definitely decide the future of the legendary Russian fighter – does he need to get beaten up time after time? Aleksei has only won twice in his last seven fights, and now he's on a streak of three straight losses. On the other hand, he's lost to fighters from the top 10. He hasn't claimed anything for a long time anyway, and he's working in the UFC as the most mediocre gatekeeper.

He doesn't seem to be planning to finish, but if he loses in a blowout, he'll probably finish. Well, or be fired, which is pretty much the same.

«The first time I thought about retiring was in 2001. That was 21 years ago. I said I was quitting and I didn't perform for two years after that. Then I started fighting again. I fought till 2006 or 2007 and then I quit again. Then I didn't fight for a year and a half. But, as you know, I still fight, and I don't fight in a small promotion, I fight in the UFC. Of course, I'm looking at the end of that road. But I'm still here today. What's going to happen tomorrow? I don't know, and you don't know either. Nobody does.»

That's why you have to watch the fight on March, 27 if only to say goodbye to the great fighter. He shared a lot of great moments with us in his career.

Ilir Latifi: not a top-tier fighter, still a very dangerous one

You can't say Latifi is a top-tier fighter no matter what, he cannot boast the best record either. All the good stuff is in the past, too. He's 38 now, and after three straight losses he finally defeated Tanner Boser (20-8, 4-3 in UFC) in a very close fight by split decision.

The interesting thing is that he fights rarely (once a year) and Derrick Lewis couldn't knock him out. Moreover, Latifi himself and many of his fans believe that he beat Lewis.

«I controlled my opponent for about 15 minutes. I pretty much put him in the situation I wanted him in. I had him against the net. I tortured him in the clinch and tired him out. I put him in the parterre.»

The vast majority of fighters in the UFC have had fewer fights in their careers than Aleksei Oleinik has had wins by submission. It is his only hope now – Uncle Lesha is unlikely to take the whole fight and be fresh in the late rounds, and he's not going to knock out the opponent that Lewis couldn't handle. Oleinik needs a quick touchdown and a quick sub. The longer the fight lasts, the harder it will be to get the win.

According to official UFC statistics, Aleksei Oleinik averages more punches per minute than Latifi (3.55 vs. 1.84), but also misses more, which could be a critical point (3.99 vs. 2.86). The good news is that he also throws more touchdowns per fight (2.16 vs. 2.02), and the bad news is that Latifi is great at defending against them (statistically, his defense against touchdowns is 100%, which means no one has been able to convert him yet).

Nevertheless, I think Oleinik will be able to take down, Ilir has never had an opponent so sharpened up for a fight. And if he does, the chances to win will increase dramatically.

Bet365 offers odds of 2.70 on Oleinik’s victory, while Ilif’s win is estimated at 1.50. What bookmakers do not believe is that the fight will go the distance: