Derrick Lewis vs Tai Tuivasa: This fight will end early 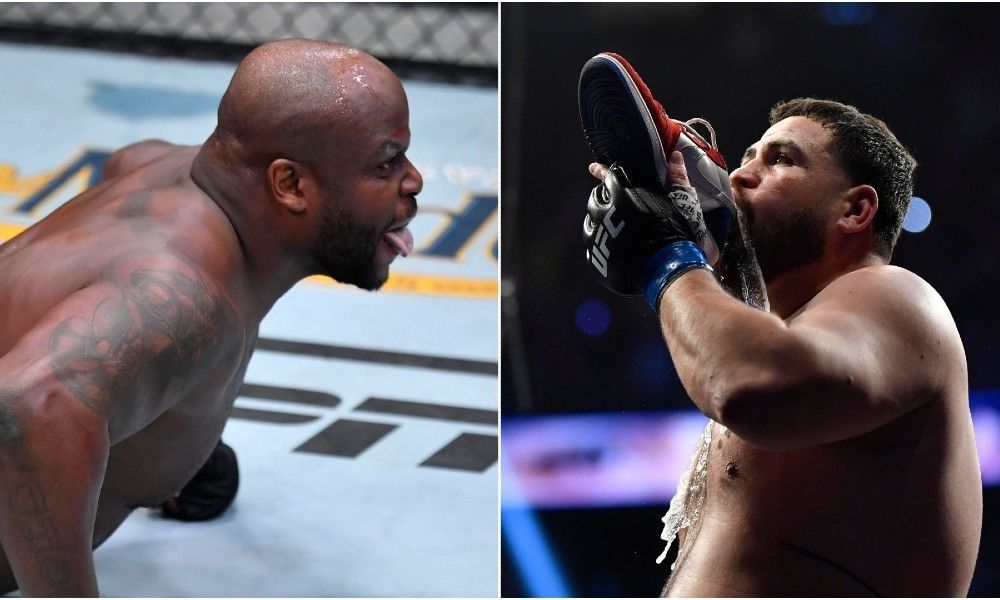 UFC 271 will take place on February 13 in Houston, USA. The co-main event will feature Derrick Lewis and Tai Tuivasa, big guys who know nothing in life but how to knock people out with their fists.

The bout will take place in the heavyweight division. Lewis is ranked third in the league's official challenger rankings, while Tuivasa is No. 11. Bookmakers' favorite is the American fighter.

Lewis has had seven fights in his entire career (out of 35 fights) that have ended by decision. Those fans who have only seen his last fights will find it impossible to imagine such a thing. Derrick's tactic is entirely about waiting for the right moment. And a punch, even a glancing one, is almost a guarantee that the fight will be over. It doesn't matter how much damage he's dealt with, it doesn't affect the impact of his blow. If you don't believe me, ask Alexander Volkov, Alexey Oleynik, or Curtis Blaydes who was a horrible underdog against Lewis.

In his last fight, Lewis faced Chris Daukaus, who was predicted to have a great future in the UFC. And how could he not, when Daukaus won his last four fights by knockout (three fights ended in the first round and only Shamil Abdurakhimov managed to last till the second one).

But Daukaus clearly wasn't expecting what Lewis would offer (although Lewis is always like that). Halfway through the round, the fighters threw non-serious punches, then Derrick got fed up with it all and exploded and finished the future star (no).

And his last defeat so far, Lewis suffered from Ciryl Gane, who showed how to beat Derrick – technically, on one's feet, keeping one's distance and not getting involved in exchanges.

Tai Tuivasa: Boom Boom as he is

Tuivasa, if inferior to Lewis in punching power, is not very far behind. Though you can't really say he's inferior. He's just a more primitive fighter, although compared to Derrick that phrase sounds surprising too.

But really, Tuivasa cannot do anything else but punch, but he's impressively good at it. 12 of his 13 wins were knockouts. He knocked out four of his previous opponents, Augusto Sakai in his last fight. Sakai managed to survive till the second round, but Greg Hardy, Harry Hunsucker and Stefan Struve didn't.

Don't even look for any hints of a fight here, and the fact that the fight will go into the second five minutes isn't very likely either.

If there is foolishness in the world, it looks like betting on this fight to last until the end. It will end much earlier and according to the bookmakers, in favor of Derrick Lewis. Bet365 offers offs of 1.53 on his victory, and Betway gives 1.47, while Tai Tuivasa’s win is estimated at 2.62 and 2.37 respectively. That makes sense because Lewis has had a stronger opposition, he's much better of a kicker (which will help him with the exchanges that Tuivasa will offer), and Derrick has a richer arsenal.

Another interesting betting option is "Round Two To Start - No" at odds of 2.09 as offered by 1xbet. That outcome is very likely, too. These fighters will not indulge in scouting and other nonsense.

Kamaru Usman vs Leon Edwards Prediction: Bet on the champ