Maryna Moroz vs Mariya Agapova: Agapova to finish the opponent 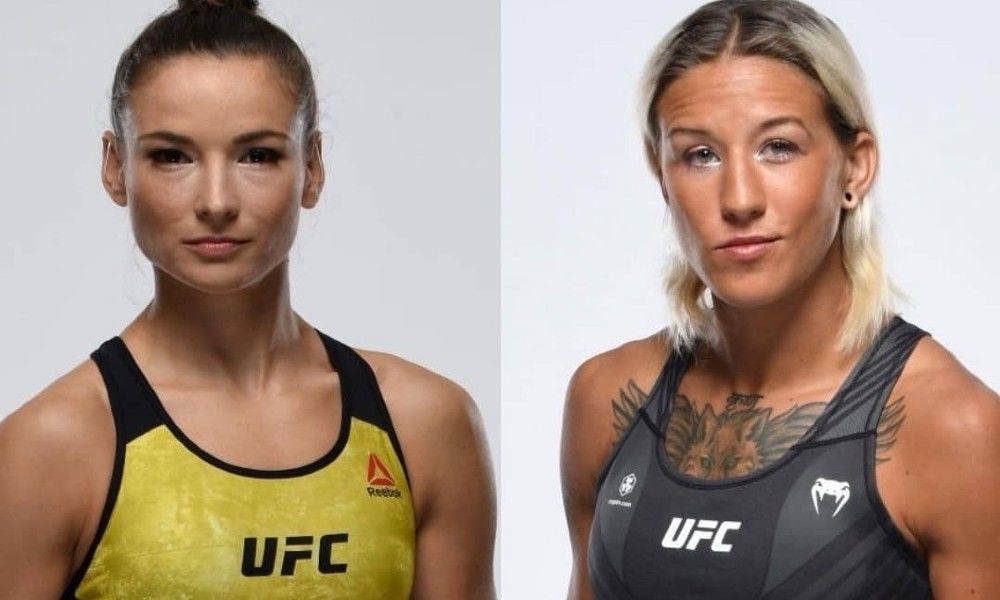 Maryna Moroz hasn't been in the octagon for two years, and before that she had two victories by decision. Maryna came to MMA from boxing and kickboxing, so she prefers to solve problems in the standing position. So, for example, in her previous fight she dealt a Brazilian woman 139 punches — the record number for women flyweight in the UFC.

But who cares when she sells her intimate photos on her website. It's not known for sure what brings her more income, this business or the fights, but she certainly has candid photoshoots much more often than she has fights.

Over the past two years, Moroz has refused to fight as many as four times. Only that the confrontation with Agapova was no longer possible to refuse, here it is a personal matter.

«She leads a very bad lifestyle, and sometimes she would be just crazy in training. Could even swing an elbow to hit me. They even kicked her out of the gym. A lot of people helped her and gave her money because she said she didn't have money for food, but when they did give her money she spent it on weed.»

Mariya Agapova: a fighter with a big mouth for words

We did not have to wait long for Agapova to answer, she's always ready to have a beef with someone. Especially with an Intagram "beauty", which seems to have started first, and even lives in a parallel universe. The women are complete opposites.

Mariya's childhood and youth involved hooliganism, and she came to the UFC, in her words, "to fight to her heart's content". And well, she's quite successful at it, I must say.

In her debut fight, Agapova strangled Hannah Cifers in the first round, got the bonus for the best fight of the night, and lost the next one so deafeningly that it became one of the biggest upsets in UFC history. After that she won again, again early, and she is currently one of the most charismatic and interesting female fighters in the league.

Mariya quite expectedly challenged Maryna Moroz to a fight after her last win, but it is quite unexpected that this fight will take place.

«In the fight with Moroz I want to act the same way as in the last fight, namely to start slowly and make her open up. Of course, when we start the fight, she will be one totally ready and strong due to her form, but gradually I will tire her out and knock her out, just like in the last fight. That's usually what happens — you knock someone out when they're tired and don't expect to be knocked out.»

Maryna Moroz's current form is quite disturbing. As for Mariya Agapova, everything is clear about her – she is extremely motivated, champing at the bit. The fight will most likely follow the predictable scenario – Agapova will try to take the fight to the ground, Moroz will try to avoid it, as he has a chance to succeed only in the standup. But sooner or later, the take-down is inevitable, and the Ukrainian will have serious problems.

This is probably the reason why 1xbet consider Mariya Agapova to be the favorite in this fight. The odds on her victory are 1.50, while Maryna Moroz's victory is estimated at 2.50. At the same time, the bookmaker does not believe the fight to end early:

Nevertheless, the early end of the fight is very likely, and the odds on such an outcome are quite high. If Agapova wins, she will do it confidently and cheekily, it is the right time for that.