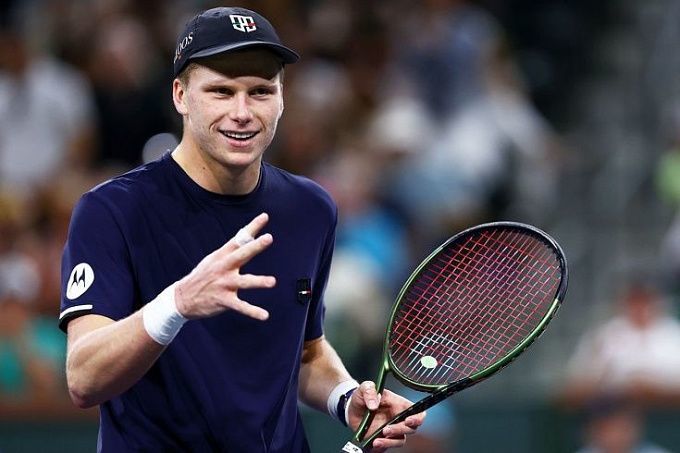 Jenson Brookby, 43rd-ranked in the world, will face Alex de Minaur, ranked No. 30, in the Atlanta Open final. The two have not met each other on tour yet, and the bookmakers are siding with the American.

De Minaur was great at Wimbledon, but he was not expected to make the quarterfinals. In the end, Alex lost in five sets to Christian Garin, now No. 71 in the world, in the round of 16. De Minaur took a break after Wimbledon and only appeared in Atlanta more than three weeks later. In the USA, the Australian knocked out compatriot Duckworth, Frenchman Mannarino, and Belarusian Ivashka. The last two were three-set matches. Ivashka won the first set 7-5 and seemed to settle down. After that, the Australian only let the Belarussian win four games.

Brooksby is ranked 43rd, but the American is clearly in a stronger position now. In Atlanta, the American knocked out Paire, McDonald, Isner, and Tiafoe. One Frenchman and three compatriots. We expected Tiafoe to beat Brooksby, but we were wrong. Jenson had no problem beating his compatriot in 1 hour and 36 minutes. For the game, Brooksby served seven times on one double fault, and won 77% of his first-serve points and 62% of his second-serve points. On the receiving end, Brooksby was 38%/53%.

Considering Brooksby's tone and the fact that the American is playing at home, unlike the Australian, the lineup for the game looks quite logical. Jenson overcame Isner, probably the best server at the tournament, and easily got through Frances Tiafoe, who was not a bad player on hard court. De Minaur, on the other hand, had some problems with Mannarino and Ivashko. We believe that the host will get a convincing victory today. Here are the betting options for the upcoming match: