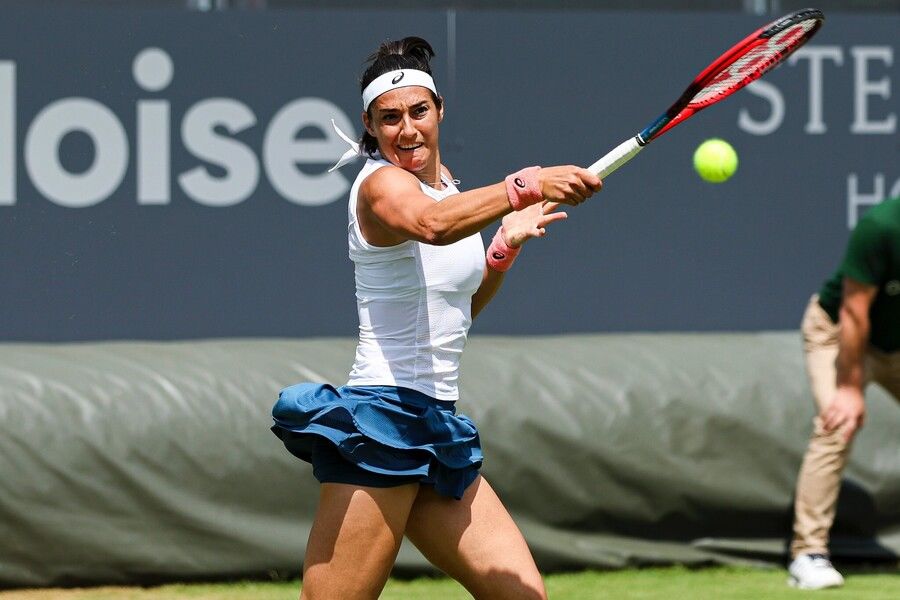 Professional tennis has such a stacked schedule and it seems as if the action never stops! Wimbledon is just a few days away and the initial Qualifiers are already underway. But some of the major tournaments are still going on and one thing is for sure, these tournaments serve as the training grounds for the top-ranked players looking to make hay during the Grand Slam. And so it will be in the Semi-Finals of the BAD Homburg Open as Alize Cornet take on Caroline Garcia

Alize Cornet pulled up a big win in the Quarter-Finals as she beat Angelique Kerber in three sets. In that game, she had 60% wins on the first serve while also eking out a 64-59% win advantage on second serve, an area where Kerber is incredible. Before that game, Cornet had beaten Tatjana Maria in Round of 16 and Anna Kalinskaya in Round of 32, and while these games have tested Alize, she has been on fire mostly.

Alize showed her prowess on the grass once again and the experienced Kerber lost for third time against her in that scenario. Alize sets her game up behind the baseline and her two-handed backhand has been serving her well for some years now. Cornet also has been using her moonballs well and her aggressiveness has been pleasant to watch. She likes playing on the grass and it has been in full flow this tournament.

French Caroline Garcia entered the tournament as a 75th ranked player as per the WTA rankings. While she is no more than the top-ranked player like she was in the singles a few years ago, her experience comes in handy against players ranked outside of the top-30 or so. Garcia defeated Sabine Lisicki in the Quarter-Finals and in the previous two rounds, she beat Kamilia Rakhimova and tough competitor Aliaksandra Sasnovich.

Garcia loves being aggressive and can be termed an “aggressive baseliner”. She loves getting points using her strong serve and likes to dictate the terms of the game early on. However, her backhand game is equally impressive. Lately, she has fallen in rankings though because she has lost that edge in the serve game during singles.

Alize and Caroline have both travelled deep into the tournament and will enter with electric rhythm. Cornet’s game shines best on the grass but Garcia’s aggressive style is going to challenge her backhand game quite a bit. Both these players are versatile and this is not an easy prediction considering that it is the Semi-Finals and these two have known each other quite a bit. However, I’d back Alize here to come up with a win in two sets.