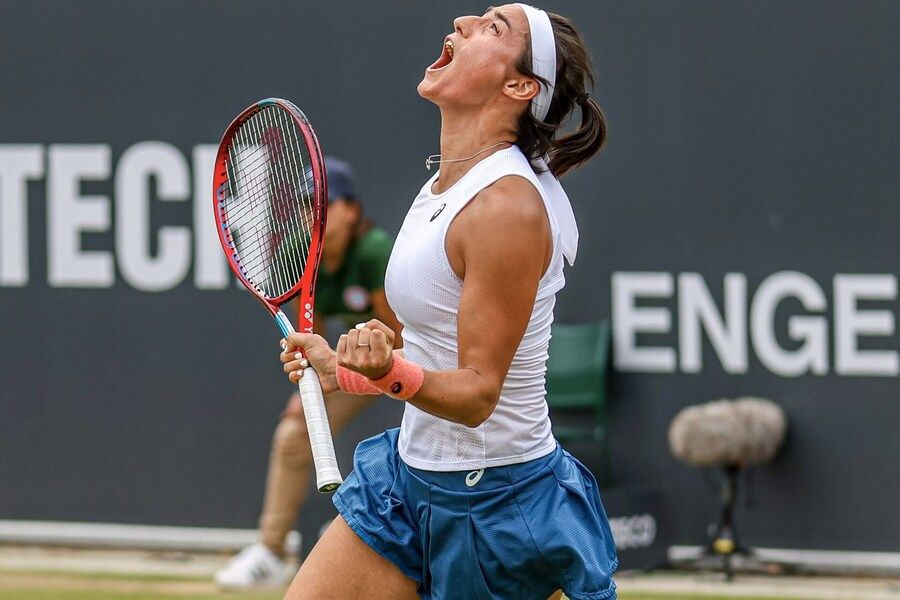 The Wimbledon is knocking at our doors and there is no doubt that the Grand Slams end up catching even casual tennis watchers in its ambit. It will be around a half-a-month affair and there will be a lot of action to cover for sure. But there is the BAD Homburg Open still going on but yes, it is in its final stages. And to sign off from the tournament, Bianca Andreescu will clash against Caroline Garcia.

Andreescu got one of the easier wins you will ever get in the Semi-Finals as Romanian Simona Halep conceded a walkover. Before that, she defeated the tournament’s number one seeded player Darya Kastakina in a one-sided affair mostly. Bianca didn’t enter the tournament as a seeded player but wins against Darya in the Quarter-Finals and earlier against seventh-seeded player Martina Trevisan is bound to bolster her confidence.

The 22-year-old has looked in fluid rhythm for sure. Bianca has managed to show patience and hasn’t whittled during long exchanges. She has mixed her aggressiveness with persistence pretty well and has thus been successful in fending off attacks that may look difficult to pierce. Bianca really has done well in terms of collecting in wins on the first serve which remains her strength.

Caroline Garcia is an experienced campaigner and that showed in her last tussle against Alize Cornet. She engaged in a grueling battle that lasted three sets in a never-ending game. Garcia pinned the first set at 7:6, getting an 11:9 advantage to break the tie. Then Cornet won the next set 6:3, whereas Garcia won the last set 7:5, another tough one. Garcia pulled through thanks to her close game and Cornet committing six double faults.

Caroline saved her some blushes as she and Cornet both had won 17 games. She won the game on the basis of service points as her second serve win% wasn’t that great. Well, this is in line with her game style which promotes aggression and quick relief. She is an aggressive baseliner and likes to go on track mode right from the cut. How will she counter Bianca who can be equally impressive in terms of first serves?

This is the first time Caroline and Bianca will meet which is really a surprise.

Two solid players on grass and both approaching the game aggressively, which means it is clear that we are in for a treat. I do believe that this will be another close game after Garcia had a grueling affair against Cornet. Bianca can be a bit fresher considering she didn’t have to play the previous day. This is not an easy one to predict but I believe Bianca is going to pull through in this one.