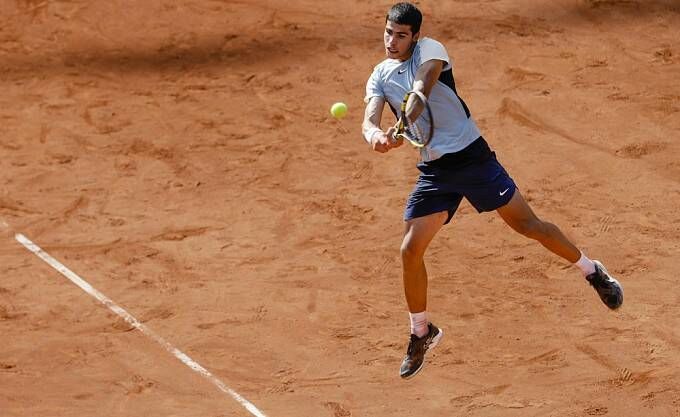 At the 500 series finals in Hamburg, No. 6 Carlos Alcaraz and No. 62 Lorenzo Musetti will meet. Two years ago they played against each other at the Challenger in Trieste. That match was won in three sets by Carlos, who is the big favorite of the upcoming game.

Kuhn, Krajinovic, Khachanov, Molchan - this is the list of Alcaraz's victims at the Hamburg tournament. The Spaniard gave only one set to Kuhn. As we expected, the match against Molchan was not long, although the guys played a tie-break in the first set, the match lasted just over an hour and a half and Alcaraz took 20 games. The Spaniard made two aces and one double fault, won 73% of his first-serve points and 46% of his second-serve points. On serve, Alcaraz's stats were 43%/68%.

Musetti is having a great tournament, he lost a set in his four matches played in Hamburg, in the first game against Lajovic. Lorenzo knocked out Ruusuvuori, Davidovich Fokina and Cerundolo in two sets. The match against the Argentine lasted two hours, Musetti won it 6-3, 7-6. The Italian won 62% of points on first serve and 55% on second, Lorenzo had 43%/52% on reception.

For the upcoming meeting we will choose the Spaniard's victory and TU. He is in good shape, and there are only a handful of players who can stop Alcaraz on the court, including Nadal, Djokovic, Ruud, but hardly Musetti. We don't expect the decisive match to be a long one, the Spaniard will fit in 21 games.