Tennis. Geneva Open. Round of 16 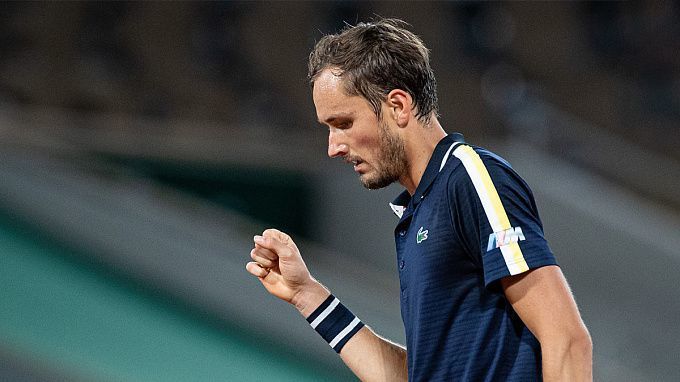 The first clay-court tournament for Medvedev in the season. His first opponent will be Frenchman Richard Gasquet, No.75 of the world. Daniel and Richard have faced off three times in the tour, so far Medvedev has a 2-1 advantage.

For Daniil Medvedev, the upcoming game will be the first clay ground of the season. In his interview, Daniil said he always finds it hard to start on clay, so even without regard to his opponent, there are doubts that Tuesday's game will be a quick success. Daniil's last tournament was the Masters in Miami, where Medvedev reached the quarterfinals and lost to Hurkacz from Poland. After Miami, Medvedev had surgery to remove a hernia but has since recovered.

"I feel great. I managed to get around I would say two weeks of good practice and one week of full practice. I decided that it’s going to be good to prepare for Roland-Garros, to get some matches here. Some matches, hopefully, more than one. It’s never been easy for me on clay courts to start straightaway good. Physically, I’m feeling ready."

Daniil Medvedev before the Geneva Open

The French veteran has been playing on the clay since early April. Gasquet played tournaments in Morocco, Belgrade, Estoril, Aix-en-Provence, and Bordeaux, and now he appeared on the courts of Geneva and has already played one match against Millman. The best competitions for Gasquet in this period were in Morocco and Estoril, where the Frenchman reached the quarter-finals to lose to Argentina's Coria and Baez. In Geneva, as we wrote earlier, Gasquet played one match and defeated the Australian Millman 6-3, 6-1.

Medvedev and Gasquet have played three head-to-head encounters, all on hard court. In February 2018, Gasquet defeated Medvedev in Montpellier 2-0. Two and a half years later, Daniil took revenge at St. Petersburg Open, 2-1. And in August 2021, Medvedev defeated Gasquet at the U.S. Open in the round of 132, 6-4, 6-3, 6-1.

Despite the obvious difference in class between the two opponents, we doubt Medvedev will get an easy win on Tuesday. Gasquet has had a decent amount of practice on the clay, and the Frenchman has even played a meeting here in Geneva. After a long break, this game will be Medvedev's first on the clay court. We believe in Daniil's victory, but we doubt it will be easy. So our first bet is a combined W1+TO (17.5), and the second is that it’ll take three sets for Medvedev to win.