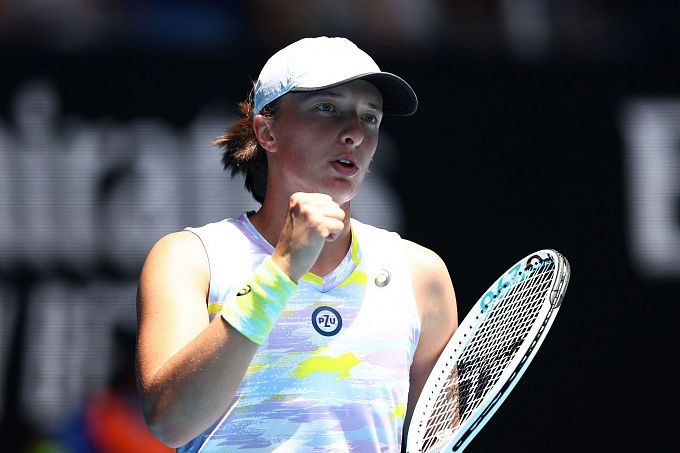 Darya Kasatkina's first opponent in Dubai will be the eighth racket of the world, Iga Swiatek. To put it mildly, it's not the best fate for the Russian even though Daria has experience beating the Polish player, though not on hard court, but grass.

The last tournament for Daria was the Australian Open, where the Russian made it to the third round, knocking out Badosa and Linette and losing just to Swiatek in two sets. After Melbourne, Kasatkina was supposed to play a tournament in St. Petersburg but withdrew, deciding to prepare better, just in time for Dubai.

After defeating Kasatkina, Swiatek defeated Cirstea and Kanepi at the Australian Open, thus reaching the final. In the semifinals, Iga lost quickly enough to Collins in two sets 4:6, 1:6. After Melbourne, the semifinalist quite sensibly and logically took a break. We should note the fact that last year Swiatek played on the courts of Dubai reached the 1/8 finals, where she lost to the future winner, Muguruza, in two games.

On January 22, Iga Swiatek defeated Daria Kasatkina 6:2, 6:3 in an hour and a half without any problems. After that, Daria had not played a single match at the professional level, and Swiatek became a semifinalist of the first Majors this season. Once again, Kasatkina was unlucky with the opponents already at the very beginning of the tournament in Dubai. We doubt that the Russian will win even one set.