Francisco Cerundolo vs Andrey Rublev Prediction: Bet on Rublev to win in 3 sets

Tennis. Hamburg Open. Round of 16 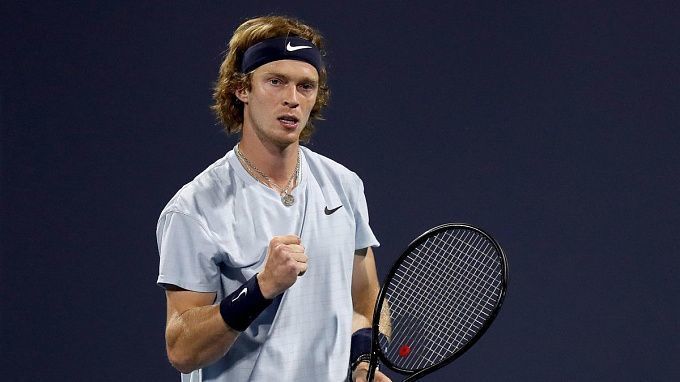 After a hyper-successful tournament in Bastad, the Argentinean Cerundolo came to Hamburg and has already made it to the second round of the tournament, where he will face the world number eight, Andrey Rublev.

Francisco has a six-match winning streak dating back to the Bastad tournament. We must remind you that Cerundolo won that tournament, knocking out Sousa, Ruud, Karatsev, Carreño Busta and Baez. An excellent list of achievements, and at the tournament in Hamburg, the Argentine already beat a good clay player Altmaier, a local, however, in three sets. The bout lasted more than two hours, 2-6, 6-4, 6-2 in favor of Cerundolo, an overall quality victory for Francisco. We must note that victories in ATP tournaments are not usual for Cerundolo, so you should not count on his stability.

Rublev also played in Bastad but only reached the semifinals where he lost to Baez, the same Baez that Cerundolo defeated in the Swedish final. Andrey has not won any glory in Sweden but he did have enough match practice that can now help the eighth-ranked player in the world to play at an ATP 500 tournament in Hamburg on a high quality level. There is no doubt that for Andrey, the upcoming tournament is more important than the previous one, if one can say so, the test tournament. His two-set victory over Berankis hints that we should consider betting on the favorite in the upcoming encounter.

After Cerundolo won the tournament in Bastad, the Argentine is very much worth betting on. However, we expect a slump in Francisco's game and even the bout against Altmaier showed that Cerundolo is not as good right now as he was in Sweden. That said, the South American is certainly not going to give up this match, and Rublev will do everything he can to lift himself up mentally. And how can he do that if he can't beat such an opponent? We bet on the victory of the world No.8 in a long enough match.