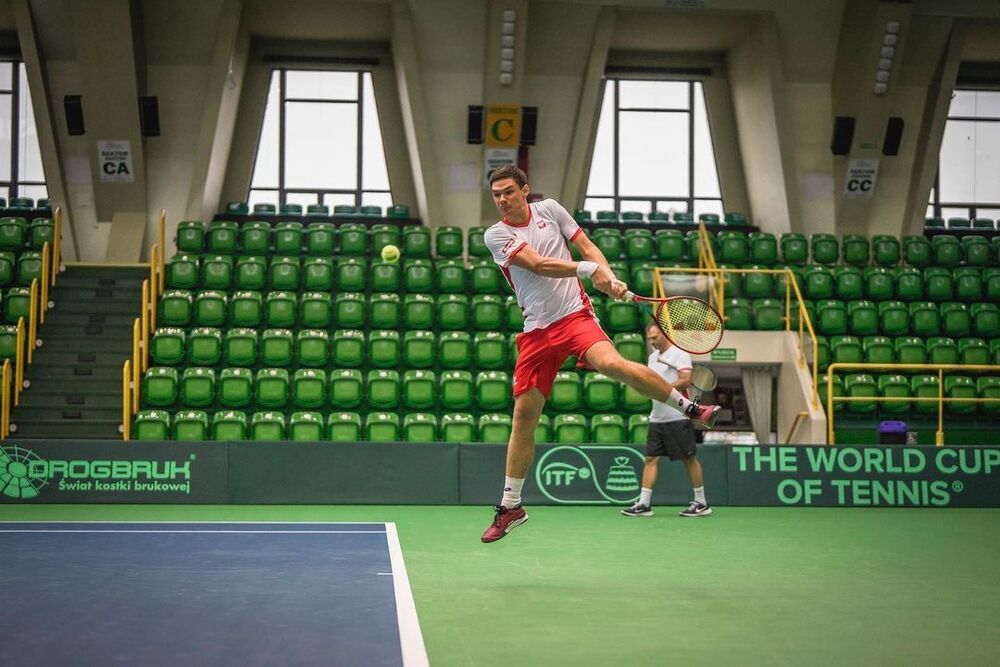 The Sofia Open is in full flow and we have seen a decent bunch of upsets already. Although nowhere near like the WTA, the ATP scene also sees big-time upsets on a regular basis. As we head to the Quarter-Finals, the game between Kamil Majchrzak and Marc-Andrea Huesler will raise the temperature.

Polish Kamil enters the game in a great groove. In his last match, he defeated eighth-seeded Oscar Otte 4-6, 6-2, 6-4 in an impressive comeback win. In that game, Kamil had a 66%-55% first serve advantage, which covered the 75-79% win percentage on the first serve. This was a close game but Kamil was able to secure his serve well which enabled him to earn a 65-55 service points advantage.

Kamil is ranked below 100, having reached as high as 75 earlier this year. Kamil is having a tough second half of the year, usually getting ousted in the first round against quality opponents. The wins against Oscar and Ricardas Berankis are bound to bolster his confidence, as he has finally defeated two quality opponents in a row after a decent chunk of time.

Where were you Marc-Andrea? Huesler was amazing in his last bout against Pablo Carreno Busta, winning 6-3, 3-6, 6-2, in what has to be one of the most memorable moments of his career, if not the most memorable. He had a 8-5 Aces advantage while having an incredible 94-89 first serve percentage, implying what a well played game it was. He registered an amazing 77% first serve win and when his first serve was off, which was a rare occasion, he nailed a 100% second serve advantage.

He was prolific in terms of breaking Pablo’s serve, which is not an easy job and had a 28-14 advantage on the receiving points, with a close 50-51 disadvantage in terms of service points. Huesler entered the game as a big underdog but proved that he can adjust against quality competition too. But can he keep the momentum going? Wouldn’t last win solidify his confidence further?

Marc-Andrea’s confidence will be sky-high but Kamil can’t be taken lightly in the wake of recent gains. Huesler’s amazing service game can strike some fear in Kamil, which was not poor in the last game but he will need to do a lot of heavy lifting to break the serve. On the heels of his last win, I will ride the Huesler wave here and pick him to win.