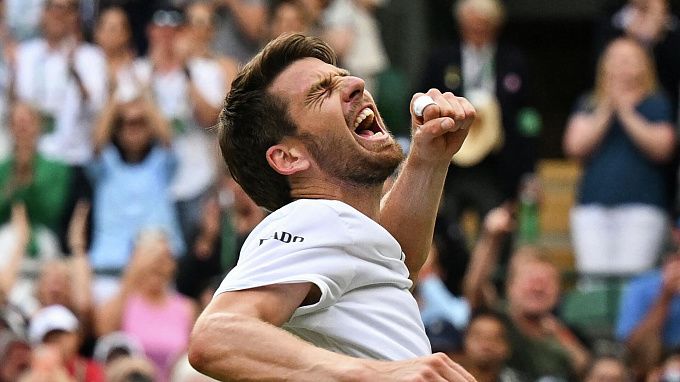 Norrie and Fritz have played each other 10 times, the score at 5-5, but Norrie won his last match only 10 days ago. Because of this result, the bookmakers consider the British player to be the favorite to win the upcoming game.

Norrie did beat Fritz in the Davis Cup, but then lost in two sets to Van de Zandschulp, and then to Bublik. So there's no way to say that Norrie is in good shape. On the contrary, there's a lot indicating that Cameron's tone is not good. The other thing is that judging by the results, Fritz is even worse.

After his relative success in Cincinnati, where Fritz reached the quarterfinals and lost to Medvedev, the American played four matches on the professional court, three of which he lost. At the US Open, Fritz was already eliminated after the first match, losing to Holt, and in the Davis Cup, the American was stronger than Bublik in three sets, but weaker than Norrie and Van de Zandschulp.

Norrie and Fritz have played each other 10 times, all of the face-offson hard court. It is noteworthy that at major tournaments, namely the Australian Open, the Masters in Miami and Paris, Fritz won exclusively. At the indoors, there is parity: Norrie won in St. Petersburg and Fritz won in Paris. All in all, the score is tied at 5-5.

If Fritz were in better shape than he is now, our choice would be the American. However, Taylor has only one win in his last five games in three tournaments. Norrie's form isn't great either, but the Briton played well in New York. And let's not forget the tournament is in London, which means Cameron will be a favorite for the home crowd. Here are some betting options for the game: