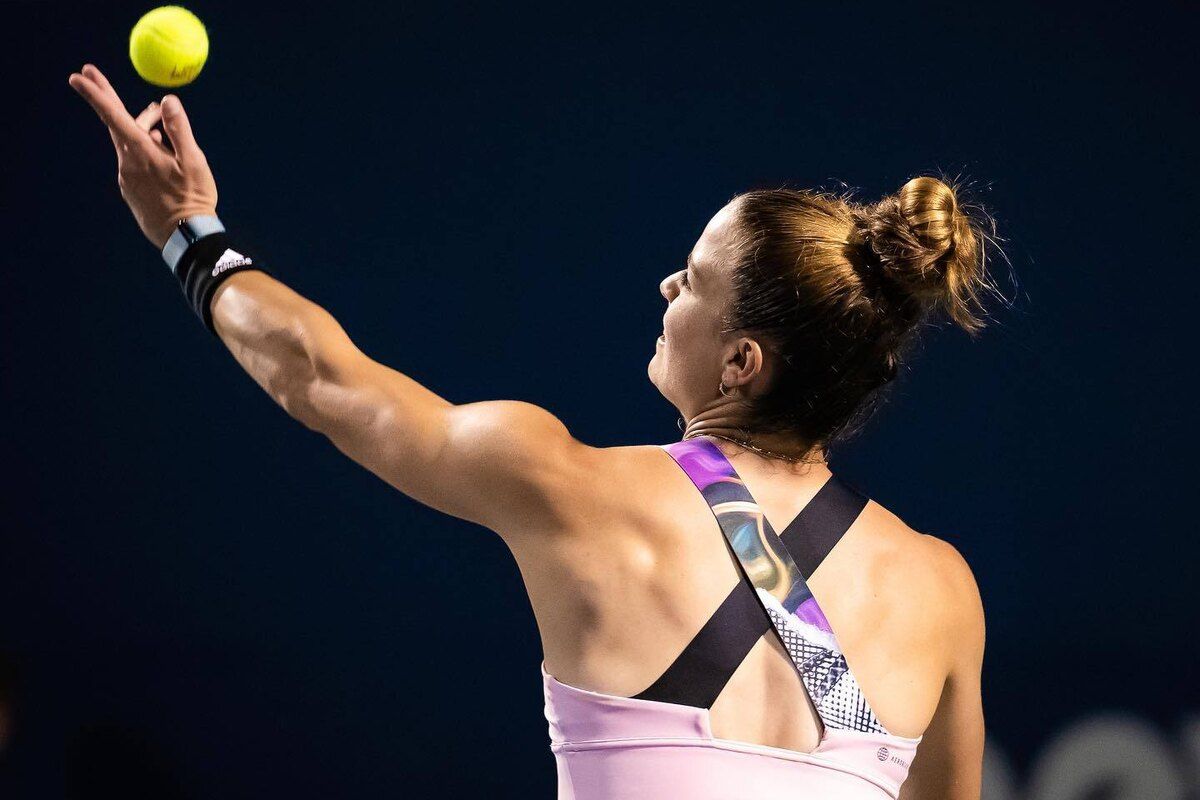 The Candian Open is in full swing and we have seen a bunch of great battles already. The WTA scene is unpredictable and a nightmare for bettors as there is no concept of “Upset” at times. Yes, there are top guns but hey, here the major top seeds are out as Anett Kontaveit and Paula Badosa are out! Talking about the third-seed Maria Sakkari is going to take on Karolina Pliskova.

Known for her power and one of the most powerful builds in the circuit, Maria has earned her way into the third seed. While her runs have been usually thwarted around the Semis or the prior rounds during the Grand Slam. Still, Sakkari isn’t an easy match-up and packs a lot of steam with her racquet speed. This is what enables her to hit Aces regularly and that is why she is considered one of the most powerful players in the WTA circuit

Sakkari enters the game after defeating Sloane Stephens 6-2, 4-6, 6-2 in a game where the stalwart served nine Aces. Sakkari’s performance in Silicon Valley Classic was rather underwhelming, as she lost in the First Round. During Wimbledon, she was overwhelmed by Tatjana Maria in the third round. For most parts, Maria’s campaign has rather seen a premature end lately.

Karolina is a former number one player and at age 30, she still maintains a high standard. Like Maria, Karolina is an attacking player who has a strong serve and exploits a lot of gains on the groundstrokes. There is a reason why she has been the number one player. Her service game is amazing, she can use maneuvers to trick the opponent and she is able to dictate the pace of the game, although, speed has decreased a bit.

Pliskova comes in here after defeating Amanda Anisimova in a rather lop-sided 6-1, 6-1 in the last game, which implies she still has her gears going. She also defeated her Czechia compatriot 6-3, 6-4 in the First Round. Apart from that, lately, going has been tough for her in big tournaments, where she has seen her campaign end during the first few rounds itself. Can the former number one make another memorable run?

Sakkari and Pliskova have met thrice and Sakkari has won two of those games. The Greek superstar last defeated Karolina during US Open Quarterfinals.

These are two players that have proven to be amazing athletes in a big time period. Sakkari has shown that she is able to take on top opponents and beat them while Karolina has seen her fair share of elite wins. Both players are able to employ a lot of power and it will be interesting to see if Karolina will be able to break her recent rut. I don’t think Sakkari will let her do that.