Matteo Berrettini vs Rafael Nadal: Expect Nadal in the final 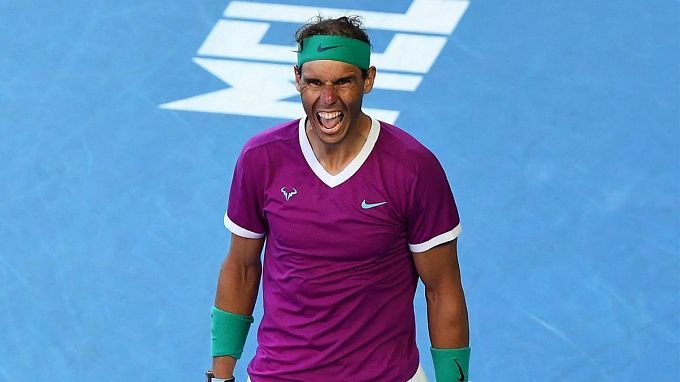 The world No. 7 Matteo Berrettini will face No. 5 Rafael Nadal in the Australian Open semi-final. The athletes have played each other only once, but it was also at the Major, in New York in 2019. Then Nadal handled the Italian with no problem, outscoring Matteo 3-0. Let's see how it goes this time.

Before the Australian Open, Matteo Berrettini played three matches at the ATP Cup tournament for Italy: he beat Umber, lost to De Minaur and Medvedev. In Melbourne, the Italian knocked out Nakashima, Kozlov, Alcaraz Garfia, Carreño Busta and Monfils. Berrettini played only Carreño-Busta to zero draws and played two 5-sets against Alcaraz Garfia and Monfils. In both games against the Spaniard and the Frenchman, Berrettini led 2-0. Obviously, the Italian has a problem with finishing matches.

Before the start of the Australian Open, there was a lot of talk about the Spaniard being no longer the same. They say age and injuries take their toll. However, Nadal has reached the semi-final and is deservedly the favorite for the upcoming match. By the way, Nadal won the Summer Set in Melbourne and beat Cressy in the final, who made a big noise in the Majors. At the Australian Open, Nadal was stronger than Giron, Hanfmann, Khachanov, Mannarino and Shapovalov.

Two and a half years ago, Nadal beat Berrettini quite easily, in three sets, at the U.S. Open, in the semi-final as well. Since then the Italian has gained experience, but I do not have the feeling that Berrettini is ready to beat Nadal. The more so, despite the scepticism, the Spaniard looks very decent in Melbourne, he has played only one five-setter against a very uncomfortable Shapovalov. We believe the Spaniard will make the final of the season's first Major and will beat the Italian by a wide margin. We offer the following betting options for this game: H2 (-2.5) for 1.77; Correct Score 1-3 for 4.00; Correct Score 1-3 for 3.60.