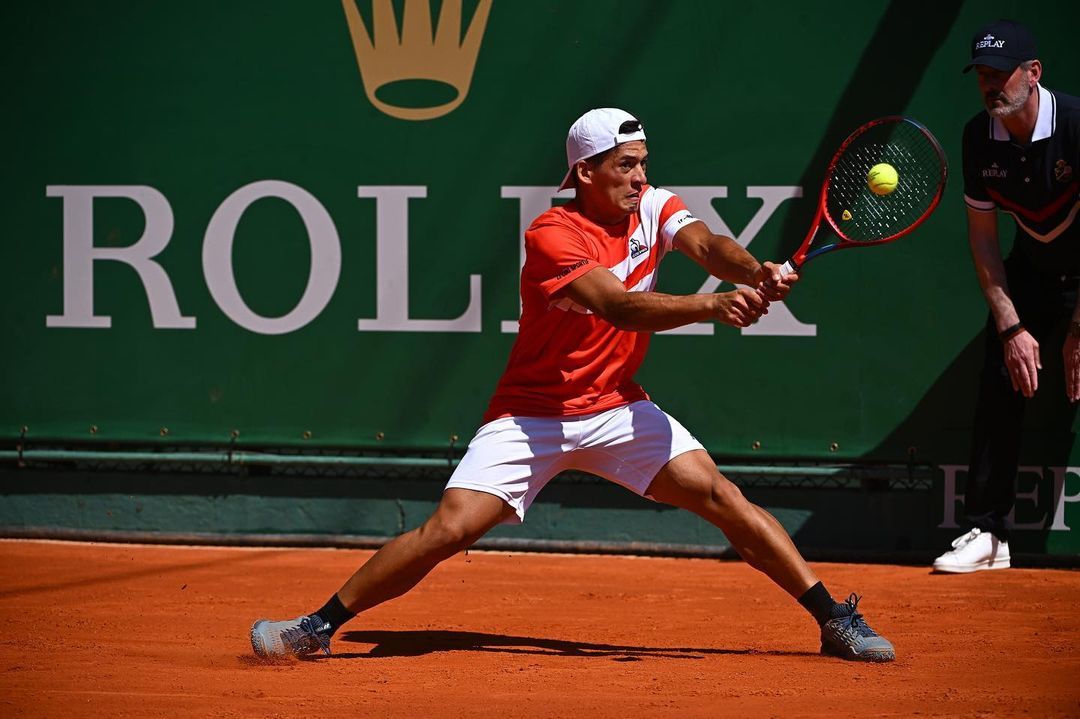 Grand Slam Wimbledon is around a week away and there is no doubt that the tournaments preceding it will be considered a major training ground for both men and women who seek glory. Apart from that, we can view a lot of players who are making their mark in the tennis world and can set it ablaze in near future. And the same goes for 21-year-old Sebastian Baez who will take on much older 28-year-old Jordan Thompson.

The Argentinian enters the competition as a 36th-ranked player and attained his highest ranking of 34 last week ago. Baez enters the tournament after playing in French Open, where he lost in five sets to Alexander Zverev. Sebastian has enjoyed a decent period of success before that. He made it to the Quarter-Finals of Lyon Open, only to lose to Cameron Norrie. Before that, he lost once again to Zverev in the Round of 32. And he made it to the Finals of the Estoril Open, which is less heralded than the previously mentioned opens.

Baez is surely one of the shorter players in the circuit at just 5 feet seven inches tall. Obviously, for such a short player, it becomes essential to develop a game that has precision and also a lot of intelligence, something that is central to his game. To tackle the length of oppositions, he employs brilliant footspeed but players like Zverev can expose some frailties. Still, at the age of 21, Sebastian is only showcasing further promise, although, there is a long way to go.

Jordan Thompson is the 68th ranked player in the ATP rankings and has had drawn some tough match-ups during major competitions. His last major competition was during French Open when he had to tackle Rafael Nadel who beat him in straight sets. Jordan has constantly fallen in rankings and it is fair to say that outside of the Challenger series, his run during major opens has not left any deep impression. Jordan has continued to fall in rankings lately.

Although Jordan has a solid backhand and can be a decent server, he has struggled against big-time players. Thompson has a tendency to lose his way early and doesn’t pose threat during comeback scenarios. Has he hit his peak?

Although Jordan will enter with a five-inch height advantage, Sebastian has been raising his stocks significantly and has gone deeper in majors compared to him. Thompson will enter here as a favorite according to some bookmakers and although Baez is more of a precision player, he has shown tremendous endurance recently. That is why I am backing Sebastian to win this tussle.