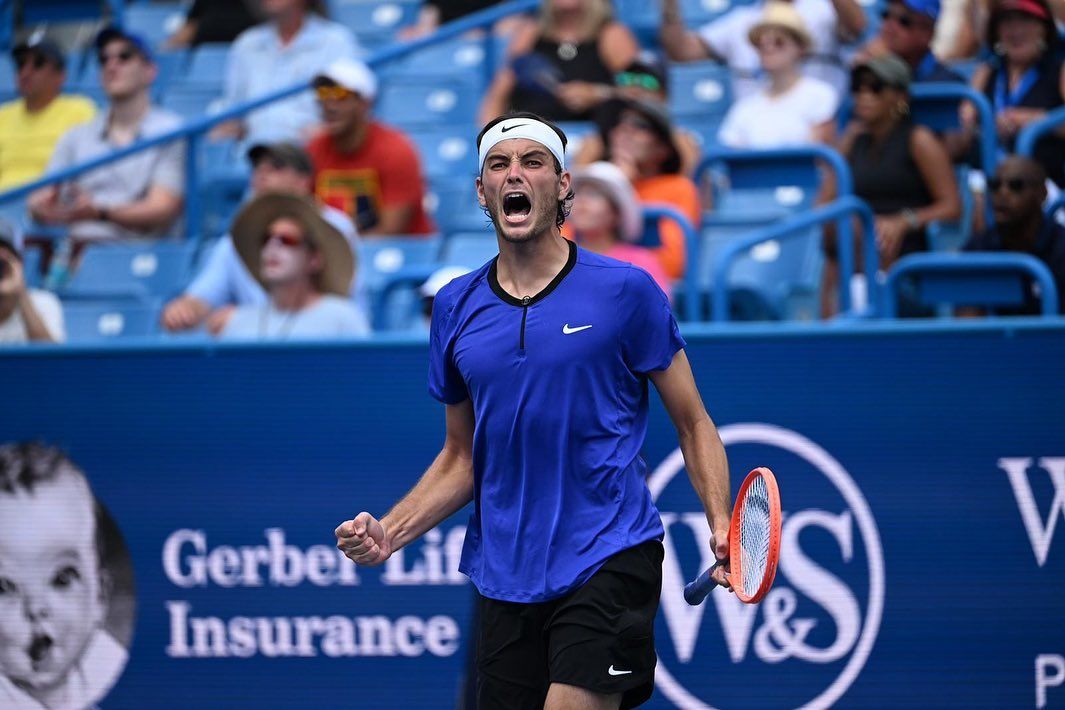 The Korea Open is here and this nation loves a different sets of sports and tennis is no exception for them. The Korea Open is featuring some of the best tennis athletes of our era. And one of them is Taylor Fritz who is going to take in Mackenzie McDonald in the Round of 16. Will Mackenzie pass this tenuous test?

24-year old Fritz is in the form of his life and has held on to that 12th ranking for around 2 months now. This has been the best year of his career. Despite a solid year, in the second half of the year, Fritz has been ousted in the first/second round repeatedly but did make an impressive Quarter-Finals run in Wimbledon. He would have been disappointed after being ousted in the first round of US Open is his home nation.

Fritz garnered headlines when he pushed Rafael Nadal to his limits in the Quarters of Wimbledon, battling out a five-set thriller, where he took a 2-0 set lead. That was also his best run during a Grand Slam event. In his senior career, Taylor has managed an ATP title but he will need to make deep runs during big tournaments to elevate his name. Fritz’s serve game is well-celebrated and his ability to hit tough cross-court shots enables him to come on top during rallies.

Veteran McDonald comes into the game after defeating Pedro Martinez 7-5, 6-4 in the Round of 32 game. In that game, he nabbed 10 Aces and had an incredible 83% win on first serve. In the second half of the year, Mackenzie’s campaign has been cut short during the first or second round, but he still managed a career-best ranking of 48 in August, courtesy of some strong play in the first half of the year.

One of the major deficiencies in Mackenzie’s game is his inability to put up a winning performance against players of an elite class. His win record is under 20% against players that were ranked in top ten at the time when he played them. He is yet to make it past the third-round of any tournament this year and that remains a huge problem for him throughout the career.

In their senior and junior careers, Fritz and McDonald have met four times, and Fritz has won thrice. However, the solitary win for Mackenzie came in three sets during Delray Beach event.

Fritz has put up huge fights against elite players and he has usually taken care of business in the first round. Fritz has a seven-inch height advantage against Mackenzie and this has to be a big factor considering his powerful serve game. I believe McDonald will crumble in this game and Fritz will begin his campaign with a two-set win.