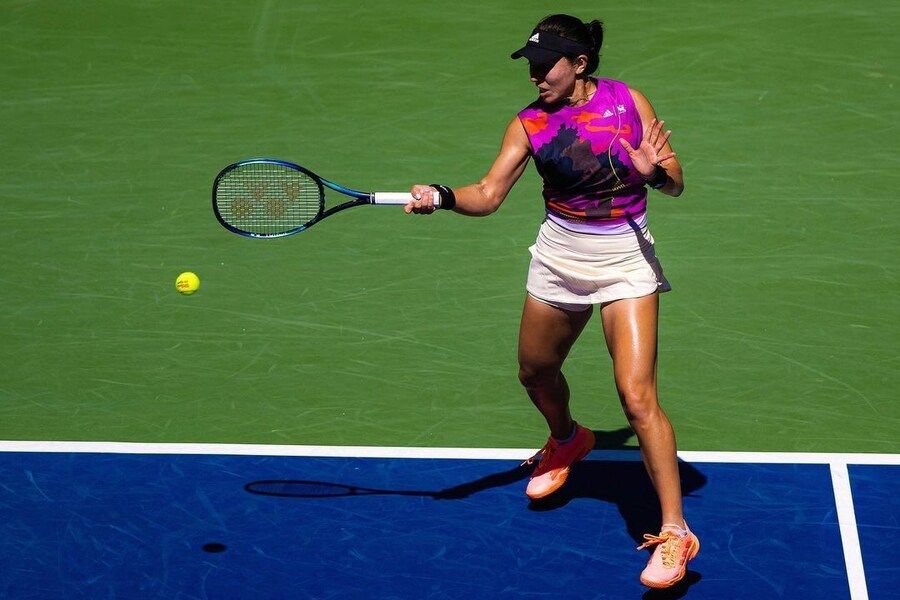 The US Open is steadily towards the title window and as expected, the Grand Slam has been full of awesome memories. From Serena Williams’ retirement to the early exit of Emma Raducanu, the US Open has offered us harsh goodbyes and also sweet welcomes. Two Semi-Finalists, Ons Jabeur and Caroline Garcia have already advanced. On the other hand, Iga Swiatek will take on Jessica Pegula in the Semi-Finals.

Iga comes into the Quarter-Finals after registering a strong 2-6, 6-4, 6-0 win against Julie Niemeier, finally coming to terms with surviving in a three-set affair which has been her weakness during the second half of the year. She received big help for Julie in the form of 13 double-faults, limiting her won double-faults to 2. Iga was brilliant in terms of return game and had a 52-37 receiving points advantage.

Iga had a 68% first serve in that game and registered 56% winners on the first serve. This was the first game where somebody was able to take a set away from Swiatek. The Pole defeated Lauren Davis, Sloane Stephens, and Jasmine Paolini in the previous matches without dropping a set. The last two-three months have been tough for Swiatek who has been ousted in the first few rounds but the tide may have changed during the US Open.

Pegula put a stamp on the tournament after notching a 6-3, 6-2 win against Czechia’s Petra Kvitova. In that match-up, she committed no double-faults and turned a brilliant first serve percentage of 75. She hit 68% win on the first serve compared to 47 by Petra. She turned up a 27-22 receiving points advantage while having an overwhelming 31-17 service points edge. This was a total rout by the stellar American player.

Pegula had beaten Yue Yuan, Aliaksandra Sasnovich, and Viktorija Golubic in the previous rounds. Jessica is yet to win a Grand Slam and even during various WTA tournaments, she has gone on to Semis or so but this time things look different for her. This also shows the improvements in her game and she has been dominating the lower-ranked players pretty easily. Can Jessica make it to the first Semi-Finals of a Grand Slam?

Swiatek and Pegula have met thrice and Iga has won two of the three games. Iga defeated Pegula in two straight sets when they met in the French Open earlier this year.

Iga and Jessica are both among the top players in the world and this has been a great tournament for both of these stars. Despite Iga’s last two wins, it is difficult to look past Jessica who has been playing better than Swiatek. Swiatek’s return game has been on point and she has gotten it done more often than not. I believe Iga has hit a hot streak and she will clasp a win here against Jessica in most likely two sets.