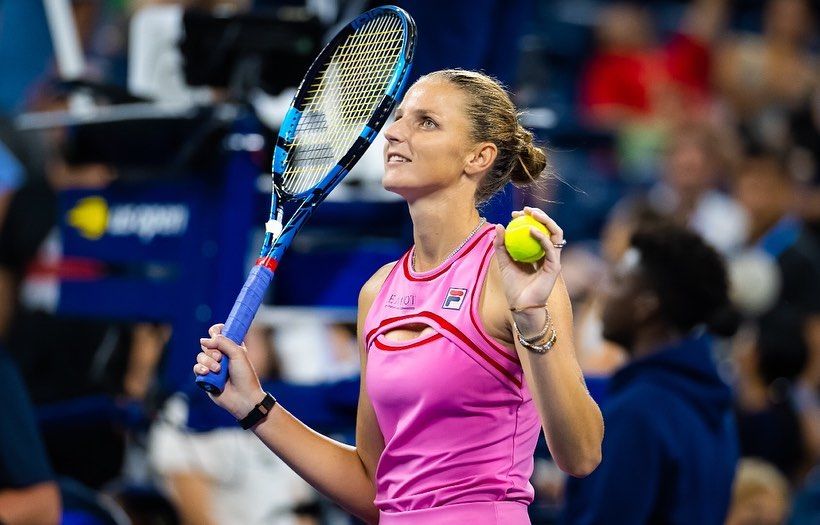 The US Open is just a couple of days removed from the title window and we will learn who will lift the title sooner than later. In the Semis, we have an interesting combination indeed, Ons Jabeur will take on Caroline Garcia. On the other hand, Karolina Pliskova is going to take on Aryna Sabalenka and Iga Swiatek will take on Jessica Pegula to decide the set for the next pair in the Semi-Finals. How can Saba counter Karolina?

Pliskova comes into the game after defeating Victoria Azarenka 7-4, 6-7, 6-2 in her second straight three-set affair. Pliskova got through 8 Aces in that game but committed seven double-faults. She had a first serve percentage of 70%, and her win percentage on the first serve was 66. The receiving points between the two players were tied at 54 while Karolina had a 75-65 service points advantage.

The game against Bencic also reached the deciding set and now Karolina has scrapped 22 Aces in two total games. She is an aggressive player with a penchant for hitting quick winners and this has been in full flow during the tournament. This is her fourth Quarter-Final in six US Open competitions, and she has not made a Finals run in the tournament since 2016. Truly, her consistency is remarkable in many ways.

Aryna comes into the Quarter-Finals after taking care of business against Danielle Collins 3-6, 6-3, 6-2. In that match-up, Sabalenka grabbed 8 Aces and took advantage of 11 double-faults by Danielle, although she herself committed 8 of them. Aryna had a first serve percentage of 61 while nabbing 60% win on the first serve and 66% win on the second serve. She had a 46-41 receiving points advantage while having an eight points service points advantage.

Out of the four games, Aryna has engaged in two three-set affairs. Committing double faults has been an Achilles Heel for the Belarusian who has been prone to such errors for a long time now. Remember, Aryna reached the Semis of the US Open last year in what was her best year. The Current US Open run is her best Grand Slam run this year, in what has been a tough year for the Belarusian player.

Aryna and Karolina have met four times with both players winning twice each. Karolina defeated Sabalenka during Canadian Masters.

Karolina and Aryna both have aggressive games and these two have the capability to hit Aces on a regular. This can be an all-out game where we can witness more than average double faults due to the over-aggressive nature of both athletes. What is going to be the scenario here then? Is this a tough one to call? I believe Karolina will make it to the Semis here but Saba can push it to the third set. This is surely a tough one to call.