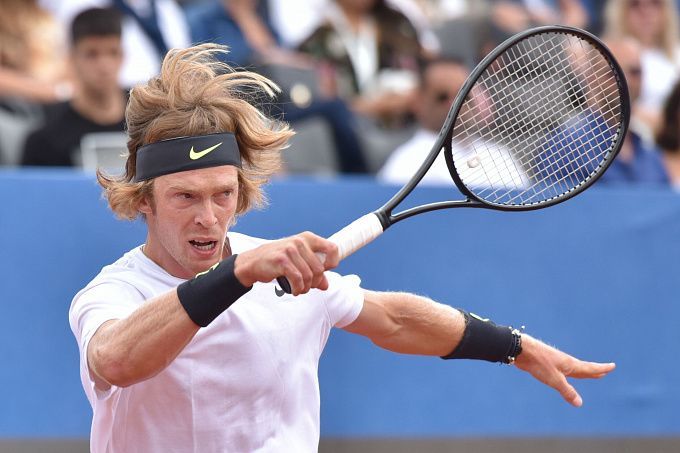 In the second round of the U.S. Open, world No. 11 Andrey Rublev will fight with world No. 81 Kwon Soon-woo of Korea. The guys played each other three times, Andrey winning each. It is noteworthy that all these matches took place in 2022.

Kwon Soon-woo rarely makes our predictions, but the Korean is in complete control on hard courts. The Asian played five tournaments before the US Open in Atlanta, Montreal, Washington, Cincinnati, and Winston-Salem and did not have much success, but he played eight matches and got three wins over Chiron, Ebden, and Altmaier. In the first round, the Korean's opponent was Spanish veteran Fernando Verdasco. The match was a four-set affair, with Verdasco taking only the second set on a tie-break for 3 hours and 19 minutes. Kwon had 9/7 aces/double errors, 74%/59% win on first and second serves, 32%/49% on the receiving end, and 32/18 winners/unforced errors. Note that the Asian player had a quality match. The only thing that catches eye is a significant number of double faults.

We were wrong about Rublev in the first round of the U.S. Open. Or rather, we thought Andrey would advance to the second round, but it wouldn't be as hard. As a result, the match against Djere turned out to be a five-set one and lasted 3 hours and 44 minutes. Andrey was leading 2-0 early in the match but lost his grip on the score, for which he paid in two lost sets. Andrey's statistics: 13/3 aces/double faults, 77%/48% of points won on the first and second serves, 31%/54% reception, 45/42 winners/unforced errors. His stats clearly showed that Rublev was taking lots of chances, hence the high number of faults. On the other hand, the Serb made even more mistakes. Going into the third round, Rublev probably will be facing Shapovalov, and then Norrie, the world No.7. Andrey would do well to stay fresh for his match against Denis, which is impossible in five-set games.

Andrey is well aware that playing another match as long as against Djere is very likely to stop him from making it further in the tournament. Rublev is a strong player who knows the Korean very well. He defeated Kwon three times in 2022 on all types of surfaces except grass. We bet on a rather short match and a confident victory of the world No.11. Here are our bets: