Serbia vs Dominican Republic: Dominican team will fight to get out of the group stage 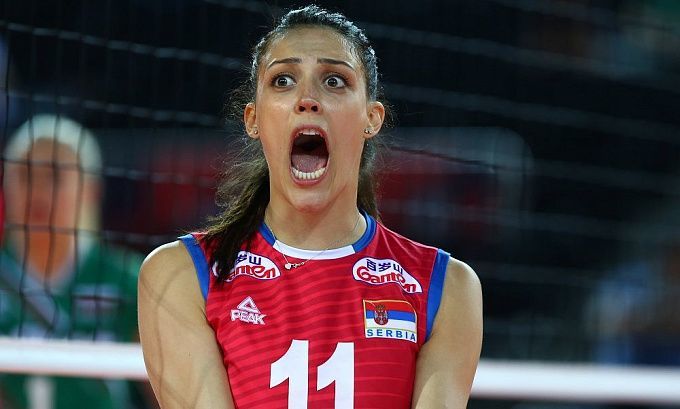 The world has not seen the real capability of the Serbian team for nearly two years. Dominican Women's team hasn’t met their Serbian counterpart in three years, and they would avoid them for another three years if they could - it will not end well for them.

The world and European champions do not have only won one title. Silver medals do not suit them, so the strongest ones gathered in Japan to win the Olympic gold. Even Lazovic was not included in the line-up. For Maja Ognjenovic this might be her last attempt to become an Olympic champion. The beautiful Stefana Veljkovic is absent, but she has a good reason - the Lisinac-Veljkovic family had a baby in winter.

Before leaving for Tokyo, Terzic's team played three test matches against the Italians and won all three with a score of 3-2.

With all due respect to the Dominican team... I think they will lose - the level of their opponent is too high. Yes, a month ago in Rimini the Dominican women beat the Serbs in three games, but there were Serbian youngsters and not a single titled player.

The Dominican beauties also came to Japan with their strongest lineup. In any other match de la Cruz, Rivera, Pena, supported by the squad of Martinez would probably look more or less balanced, but with Serbia, they have no chance to even put up a semblance of resistance. Well, maybe by some miracle the Dominican women will clinch the game, but for sure they will fail in one of the sets.

So, in my opinion, there will be no intrigue in this game. The world champions will win with certainty - after all, they must not only get out of the group but also take first place in it, so that they do not waste extra energy in the quarterfinals. So they'll take it seriously. I suggest the following bets: