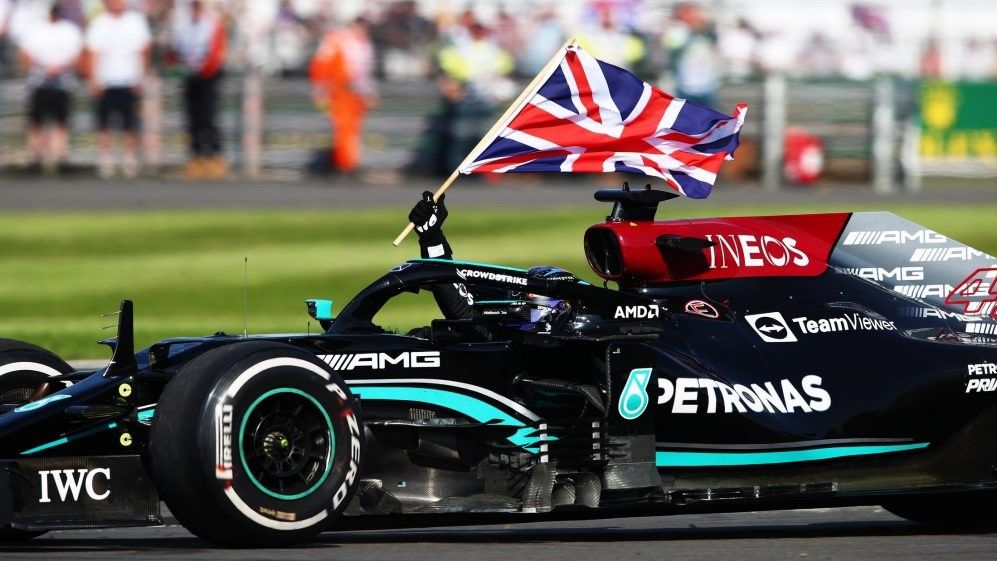 Amazing emotions during the British Grand Prix at Silverstone. Lewis Hamilton managed to win a fantastic race this Sunday at home. In a dramatic race that started very aggressively from lap 1, with a contact of Max Verstappen and Lewis Hamilton. That contact sent Verstappen out of the race and gave the lead to Leclerc, who started from the 4th position. A dream starts for him and for his teammate, Carlos Sainz, who made a fantastic start and went up to the eighth position from P11.

For more than 20 minutes, the race was interrupted until the barriers got repaired. Furthermore, L. Hamilton was penalized with 10 seconds for that crash with Max Verstappen. After the first Pit Stop at the 28th lap (+10 sec pen.) L. Hamilton found himself 6th, but his fast laps sent him 3rd by overtaking Sainz, Ricciardo, and Norris within six laps. Both Ferrari cars were leading the Silverstone race after 28th laps, but a mistake in Pit Stop for Saintz costed him a lot. He lost 12 seconds while changing tires and returned sixth. 34/52 Laps, and the race was led by Leclerc, followed by Bottas and Hamilton. Leclerc was doing a perfect race with a gap of more than +9 sec with Bottas. After a team communication, Valtteri Bottas opened his road for his teammate L. Hamilton, the fastest man on the track. And within nine laps, he showed up into Leclerc's mirrors, putting him under pressure. In the 50th lap, with the help of DRS, Hamilton managed to take the lead of the race.

A fully deserved win from Lewis Hamilton, who now is only 8 points away from his opponent, Max Verstappen. For Leclerc, this is the first podium of this season and would be his first win after two years if Hamilton wouldn't pass him. The podium was completed by Valtteri Bottas, who made a perfect team race. It is worth mentioning that in addition to L. Hamilton's aggressiveness and well-interpreted race, it was Bottas who gave him a big impetus towards today's victory. Precious points even for Ferrari, which got 26 points in this race with Leclerc (+18 pts) and Carlos Sainz (+8 pts)—getting closer with Mclaren Mercedes, which got 22 points with Landro Norris (4th – 12 pts) and Daniel Ricciardo (5th – 10 pts). Sergio Perez started this race from the Pit lane (20th) due to his car modifications and didn't go further than 16th place. The overall standing after British Grand Prix is: