Pandemic and remote working, the evolution of the meta-universe, and simply not wanting to stand still are reasons why video communication technology has begun to evolve rapidly. Increasing the number of megapixels in the camera is no longer enough to satisfy users. And now Google has revealed details of the forthcoming release. The corporation's novelty could be a breakthrough in electronic communication. 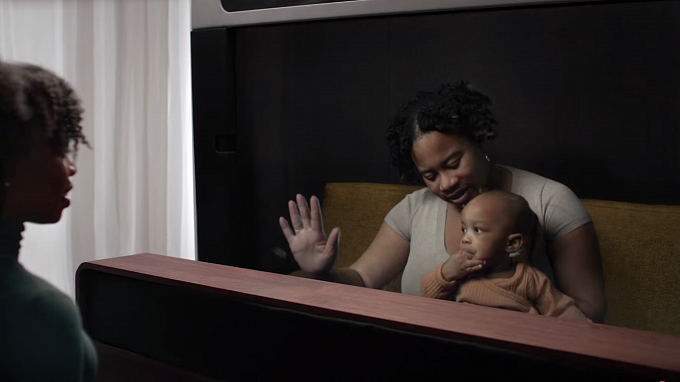 The latest video communication system was announced back in May this year. But the details were kept secret until the very last moment. Project Starline is an immersive communication space. The person on the other end of the line does not appear as a 2D image. The person speaking is more real than a hologram or a three-dimensional model.

Project Starline uses a sixty-five-inch screen with high resolution. Four cameras and an equal number of microphones enhance the recording. This gives volume and realism to the final image. Additional speakers and colour correction sensors also contribute to picture quality.

Graphics cards from Nvidia ensure timely data processing. Communication delays are avoided. Even active gestures or the texture of clothing can affect the device's performance—the more powerful the equipment, the lower the risk of communication problems. The transmission lags by only a hundred milliseconds with four graphics cards (two from the Quadro series, two from the Titan series). 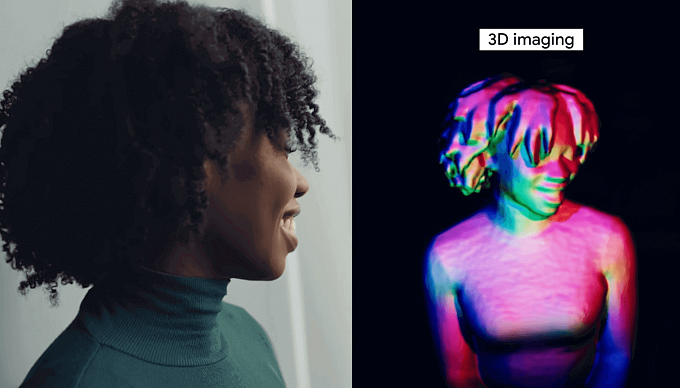 Google's author blog shared the latest progress. The corporation is working on simplifying Gmail and Google Photo and promoting Meet. Nevertheless, Project Starline remains a task of paramount importance. According to the company, they intend to cut through the distance with technology.

Google used spatial media technology. This explains the use of four cameras, microphones and two speakers. The developers also used computer vision and machine learning. The device captures the desired object on its own. The more calls are made, the more accurate the computer becomes.

The system of the light field of the camera is recognized as innovative. It is related to color correction and transfer of shades. The device analyzes shade transitions in the smallest detail. As a result, the image of the conversation partner becomes visually three-dimensional. The 3D effect is created without using a VR headset.

Google hopes that Project Starline will make it possible to forget about the very concept of electronic communication in the future. As soon as the conversation partner connects to the ether, the sense of distance is erased.

Google has already conducted the first tests of the technology. Some of the company's offices have been equipped with the devices. To begin with, the developers organized a call with employees from different continents. The test was passed with flying colors. Project Starline enabled reliable communication between Australia and North America. But according to the company, no call has ever lasted more than half an hour.

Testing has been going on for nine months. During that time, more than a hundred people have tried the solution. And yet, the market launch is still out of the question. So far, the equipment is only made according to individual orders. The price and release date remain a secret. The company promises to make Project Starline available to a wide range of customers. But it won't happen anytime soon.

If the upgraded video booth becomes widespread, many video communication problems will be solved. The legendary Skype will go to the retro-technology museum. It's about time.