Spain and Japan will compete in the last Group E fixture with their chances of moving on to the World Cup knockout rounds still in doubt.

La Roja only needs to avoid losing; a victory would assure them first place in Group E. Japan must win in order to advance, but if the other fixture between Germany and Costa Rica ends in a draw, a draw would be sufficient. 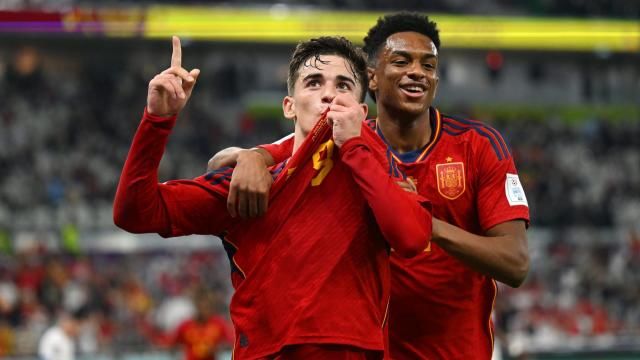 So on Thursday, everything is set up for a tight but captivating final-night match to decide who proceeds to the round of 16.

How to Watch Japan vs Spain

The Japan vs Spain group stage match will be live on ITV and STV player in the United Kingdom. Viewers from Canada can watch the game live on CTV, RDS, and TSN.

American fans who wish to watch the game in the US on TV can watch it on Telemundo and FS1. You can also live stream the match on Fubotv, Sling, and Peacock premium.

Many predicted that Japan would win the match against Costa Rica on Sunday, picking up all three points after their unexpected 2-1 comeback triumph over Germany in their first Group E match.

The Blue Samurai were defeated by their Central American opponents by a slim margin of 1-0 to completely open up Group E going into the final round of matches.Hajime Moriyasu's team is still hoping to go to the round of 16 in the World Cup tournament in Qatar, and they are aware that they must beat Spain in order to do so.

A loss to La Roja will eliminate them from the competition, but a draw would be enough to advance them if Costa Rica loses or if Germany does not beat Costa Rica by at least two goals.

Moriyasu will be anxious to make sure his team puts aside their loss to Costa Rica and instead replicates their performance from matchday one. Japan is ranked 24th in the world according to FIFA.

Spain and Japan have never met in a competitive match; their lone previous encounter took place in April 2001, with La Roja eking out a 1-0 friendly victory.

Spain missed to book their place in the knockout rounds after drawing against arch rivals Germany in their previous Group E fixture.

Luis Enrique, the head coach of La Roja, is fully committed to his current position despite recent media reports that he plans to leave after the World Cup and return to club management. With a draw against Japan, La Roja will advance to the knockout rounds of the World Cup 2022 championship in Qatar.

Spain will be confident of winning on Thursday since, aside from a penalty-shootout loss to South Korea two decades ago, they have never lost in 90 minutes in five World Cup matches against Asian opposition.

In eight of their last nine World Cup appearances, La Roja has also won their final group match, with the lone exception being a draw vs Morocco in 2018.

Line-ups for the Match Japan vs Spain

The odds heavily favor a Spanish win since they have incredible quality even from the bench. They are most likely to win the match with odds of 1.4 at Bet365.

Japan might fight for a draw with very favorable odds at 4.50 or even shock the world again like they did versus Germany. They have odds of 8.9 at 1xBet for an unlikely Japanese win.

You can choose a 3 way handicap wager since Japan have the quality to repeat another upset like they did versus the Germans.

Prediction and Bets on the match Japan vs Spain

Japan stunned Germany to win the opening match of the tournament, but lost to Costa Rica 1-0 to lose all of their momentum. Spain is still under pressure, which could not be advantageous for the Blue Samurai.

Spain has performed well this far in the tournament, having scored eight times in two games, seven of which came against Costa Rica, and should be able to win. We predict a 2-0 Spanish win or a draw since the Japanese are also very capable of managing the game.

Bet on Japan vs Spain with 1xBet
Follow Telecom Asia Sport!
Tags:
Rating:
0
Comments
No Comments Yet! Be the first to share what you think!