Substitutions And Domination Of The Newcomers: The Results Of The First Week Of DPC 2022

The first week of the new year, week 4 of Dota Pro Circuit 2021/2022, came to an end. All teams have already played approximately five matches, so each region has clear favorites and outsiders. We want to remind you that the strongest teams from each region will go to the majors, while the weakest will fall to the second division. Last week was filled with a few unusual substitutions that were not expected and the usual dominance of young teams. This happens in the CIS and Europe, China, and Southeast Asia. All the details about the fourth week of the DPC in the article of Cybersport.Metaratings.ru. 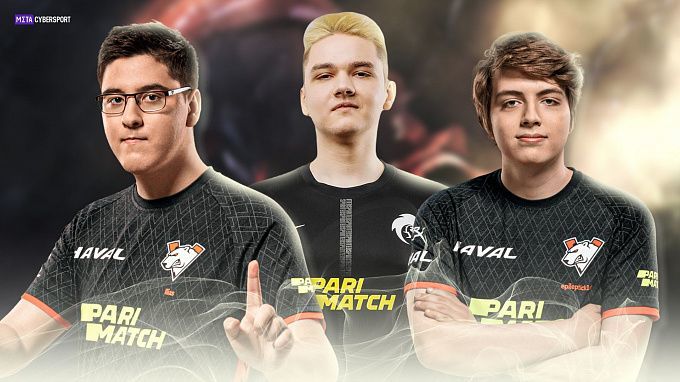 In the CIS, everything is predictable

The tournament table was almost without changes in the CIS over the last week. The leaders are still Team Spirit (5-0), HellRaisers (4-0) and PuckChamp (5-1). It seems like these three teams will go further to the majors. It is unlikely that anyone will be able to replace them, as the statistics of the other teams are much worse. The only intrigue is who will take the second place and who will take the third place: HellRaisers or PuckChamp. Team Spirit will take first place.

The last places in the league are taken by AS Monaco Gambit (1-4), Mind Games (0-5) and Team Empire (5-0). They will fight each other in the remaining games to avoid falling to the second division. 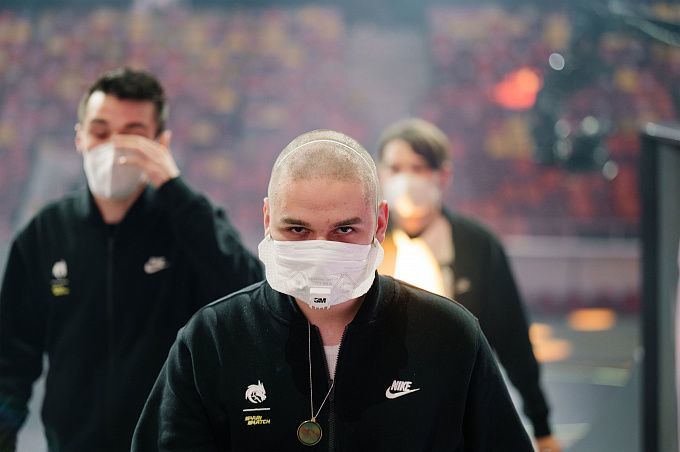 Natus Vincere (2-3) and Virtus.pro (3-2) remain in the middle of the tournament table. They are no longer contenders for the majors, but they are not afraid to drop into the second division. "Born to Win" is playing better, but it's still not enough to compete with other teams. The guys need to keep growing to compete with the strongest teams in the CIS.

Everyone was surprised by Virtus.pro, not by their results, but by an unexpected substitution. Illias Illias Ganeev, a support player, has been replaced indefinitely; he will focus on health and personal issues. Illias' spot at VP was taken by Team Spirit academy player Egor Xakoda Lipartia. The cybersports athlete joined the team on loan until the end of the first DPC season.

Egor is a young player who is showing good results in public and has reached the 10n thousand MMR mark so far. Illias Illias Ganeev is going inactive for an indefinite period and will focus on personal issues and health. We're thankful to him for all the time spent in Virtus.pro team. The second season squad will be formed and announced after the first season.

It seems to be an ordinary substitution due to the health issues of the player. But it's not that simple. Virtus.pro offliner Dmitry DM Dorokhin said Illias had a burnout after TI10, and his health began to fail lately, so he needed a break. At the same time, the DM noted that Illias would surely return to the squad, as everybody would be waiting for him there. But Xakoda said in an interview that he might stay in Virtus.pro forever if the organization is satisfied with him. It is not clear what will happen next.

A Serious Battle In The CIS Second Division 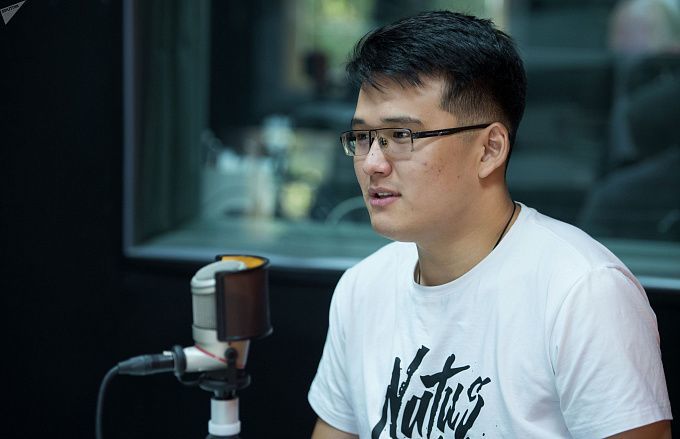 Perhaps the second division of the CIS is the most interesting of all the second divisions. That's not because the guys from our region play there. Just all the games there are tense and extremely interesting. Three teams lead the tournament table: V-Gaming (4:1), CIS Rejects (4:1), and Hydra (4:1). Two of them will qualify for the first division. The other teams no longer have a chance, as they have very bad statistics.

V-Gaming has the majority chances to win among the three leaders, as this team has weaker opponents: B8 and Winstrike. V-Gaming has no problem in winning them, and with the stats of 6:1, the team is 100% on its way to the first division. But, CIS Rejects, and Hydra still have to play with each other in the last match of the season. It will determine who will take second place in the league and qualify for the first division. Before that, CIS Rejects beat Hydra 2-1 in Dota 2 Champions League. But the game was as equal as possible, so the match is expected to be extremely interesting.

We'd love to take revenge on CIS Rejects after D2CL. It will be an interesting game, especially since it will last. I'm sure it will probably be a match to see who will get first and second place. The most important thing for us is to get first place. Especially the old teammates who are always happy to play.

An Intense Fighting in Europe 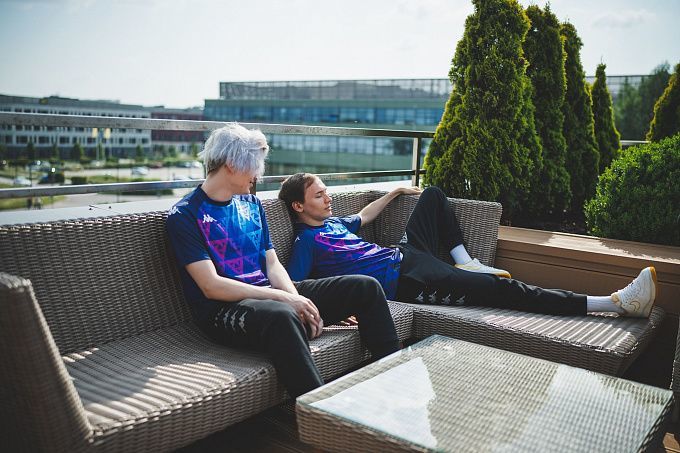 There is one clear leader in Europe. It's Team Liquid, which has 5-0 stats. It has no problem making it to the majors with such a score, even if it loses the remaining two matches. However, that probably won't happen. Team Liquid strengthened well during the offseason, and they look very strong right now. Even in the majors, this team will be one of the contenders to win.

Further down in the tournament table, it's a mess. Team Tickles has 4-1 stats, which is also a good chance to qualify for the majors. At least the team has already earned a rematch, but they need to win at least one more game to avoid them. It's surprising because Team Tickles played in the second division last season, and now (after a few substitutions) is beating the strongest teams in Europe. A very decent result.

Then we got OG (3:2), Tundra Esports (3:2), Nigma Galaxy (2:3) and Team Secret (2:3). It is unclear which of them will pass to the major. The chances are more or less the same for all of them. Everything will be decided in the remaining games. The young squads from OG and Tundra Esports are the main contenders to win. They perform best.

We are confident that we can qualify for the majors. Everyone in the team was upset about the losses to Liquid and Secret. I felt we could have won both games. But we still have a good chance to go to the majors. We're looking forward to the next games, and we're doing well.

The weakest teams in Europe are Alliance (4-1) and COOLGUYS (0-5). It is hard to imagine what would happen so that they would be able to stay in the first division. Most likely, both of these teams will fall to the second division. 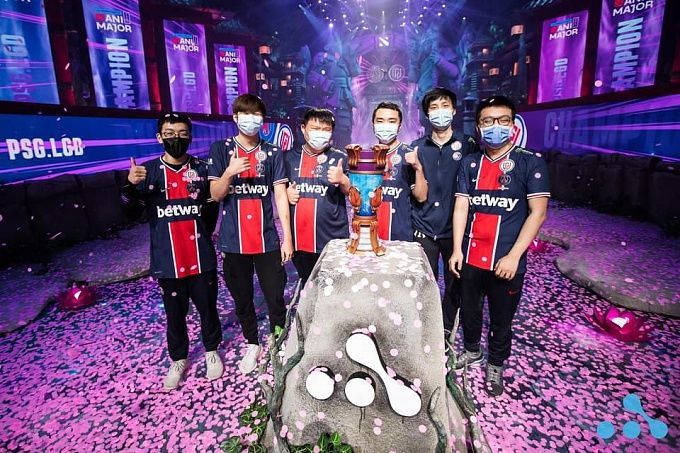 Teams from China's first division rested until 2022 and are just beginning to play with each other. At the same time, the league will only continue until the end of January, right as in the other regions. It is not a surprise that the top spot in the tournament table is now confidently held by The International 10 finalist PSG.LGD (3-0). The team plays extremely confidently as they lost only once to Team Aster but won all the rest games quite easily. It's obvious that PSG.LGD will finish the season with first place and get an invite to the playoffs of the majors.

EHOME (2-0) also had a great showing as they beat Phoenix Gaming and Invictus Gaming. EHOME is a brand new team that has suddenly stormed into the season and is starting to beat everyone. It will be interesting to see how far they manage to go. The other teams still haven't shown themselves in any way. That is yet to come.

There are two favorites in North America 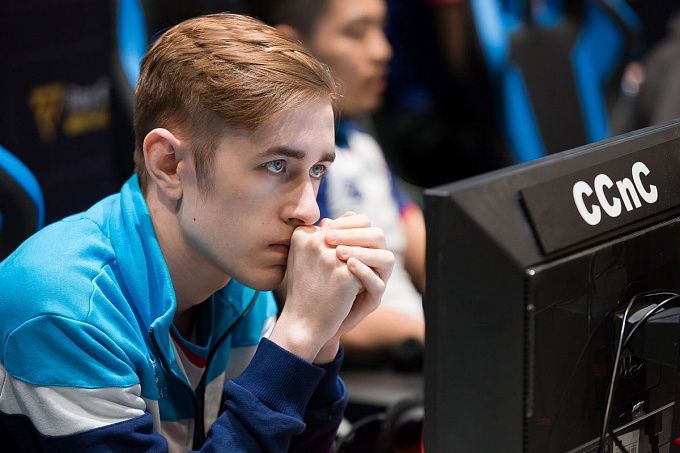 The substitution in the Evil Geniuses lineup is the main event in North America over the past week. On January 8, the eSports organization announced changes in the Dota 2 team. Arif MSS Anwar will play until the end of the first DPC season instead of Egor Nightfall Grigorenko. Egor will be temporarily placed to reserve. The replacement is due to travel restrictions, probably caused by the coronavirus pandemic. The organization said that the Russian would return to the roster in its statement. However, if MSS fits well into the lineup, it may not happen. Stories like this happen a lot in Dota 2.

Guys, due to visa complications and the fact that I can't get to Canada/America, I will not finish 1 season of DPC. Also, I would like to add that our team is doing fine, so fans, don't worry and keep cheering.

Not to forget that Evil Geniuses failed to start the DPC season. Currently, the team has 3-2 stats, which is not enough to go to the majors. Quincy Crew (5-0) and Team Undying (4-1) are more likely to go there. Evil Geniuses need to win all their remaining matches and beat Team Undying in the replay. This is the only opportunity for Evil Geniuses to qualify for the majors.

A new favorite in Southeast Asia 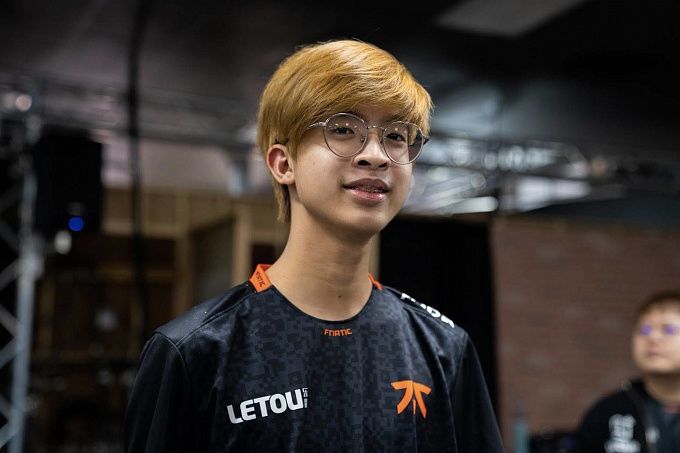 Surprisingly, there is also a rookie team in Southeast Asia that has suddenly started to play cool. We're talking about BOOM Esports, with 5-0 stats. This result is already enough to go to the majors from this region. In second place is T1, which had a great performance in last season's DPC and TI10. This time it's not going so smoothly, as the team has 3-1 statistics. Even so, T1 should go to the majors. The other teams from Southeast Asia are playing in a very average way. So, the third place can be taken by anyone. 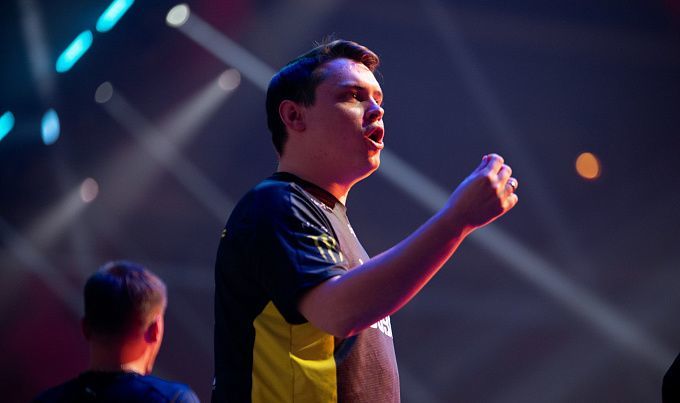 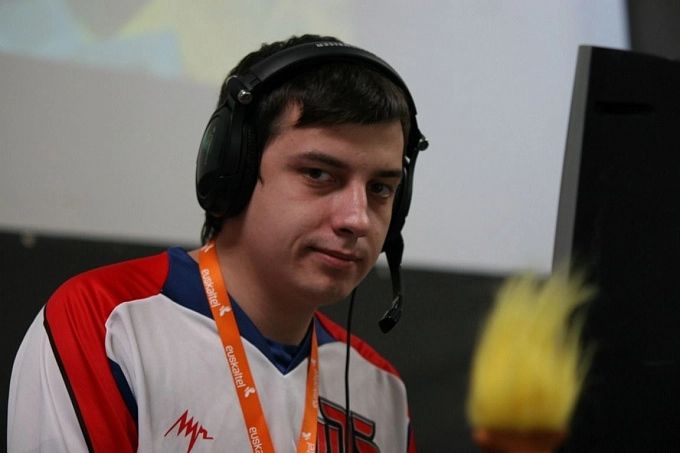 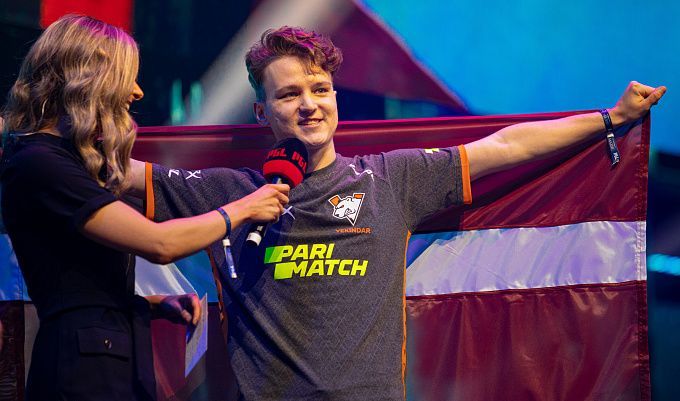 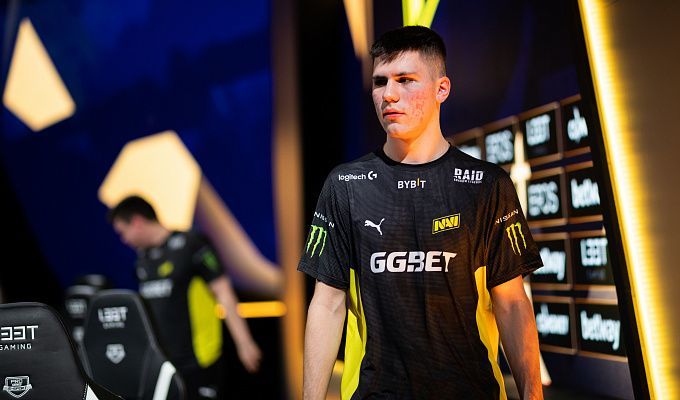 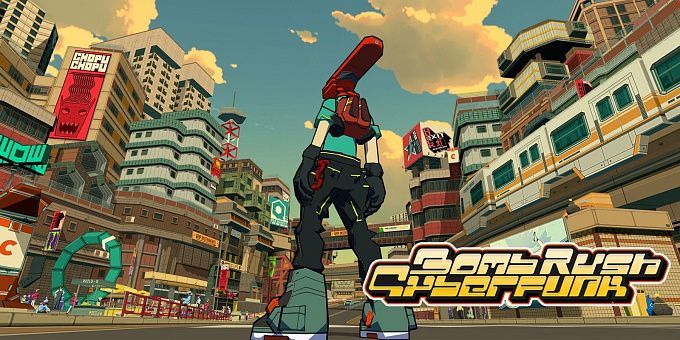 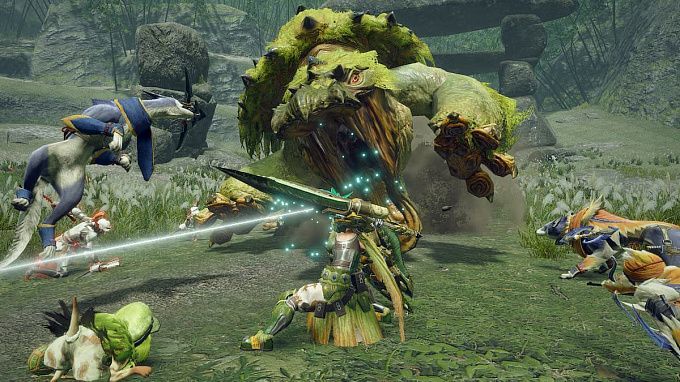 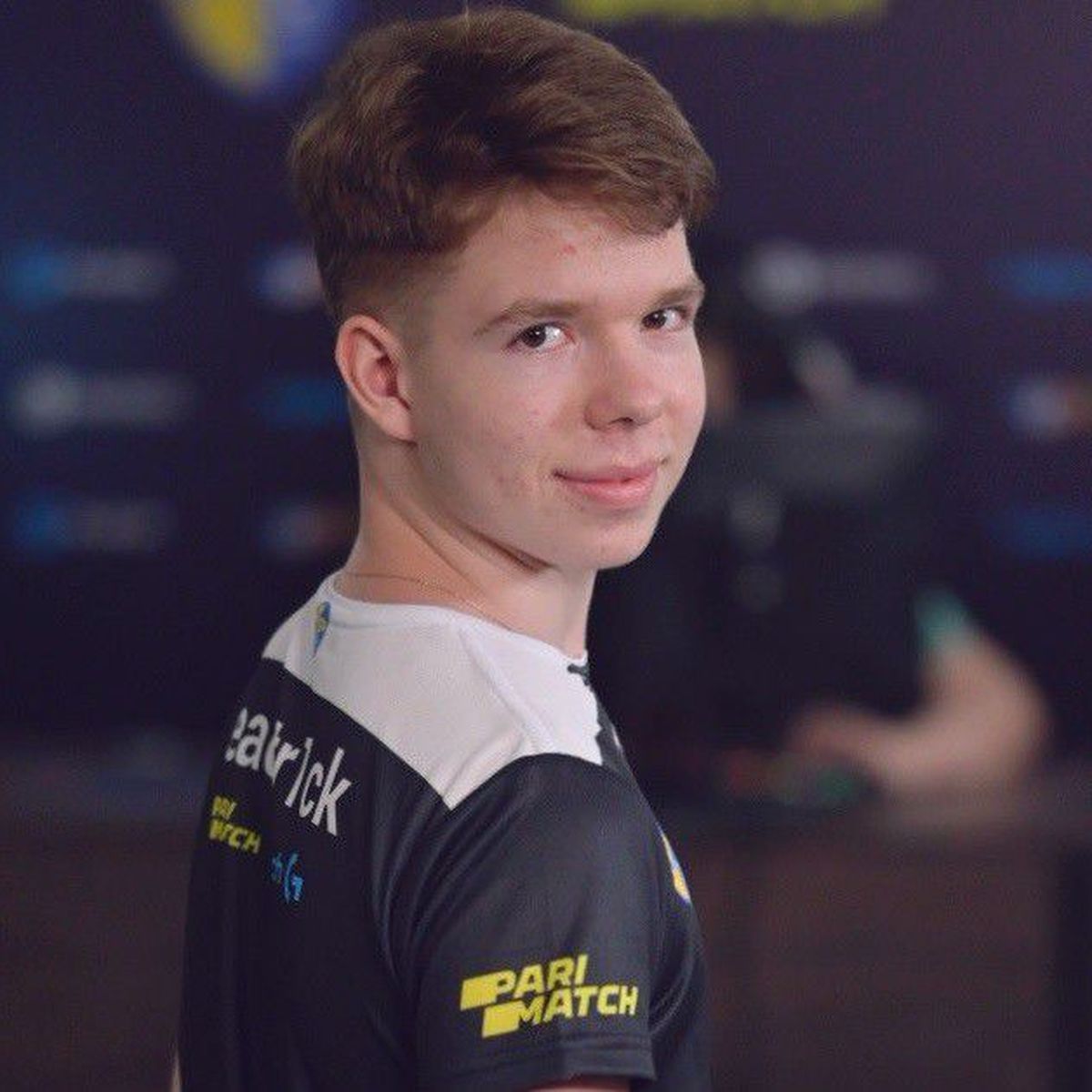 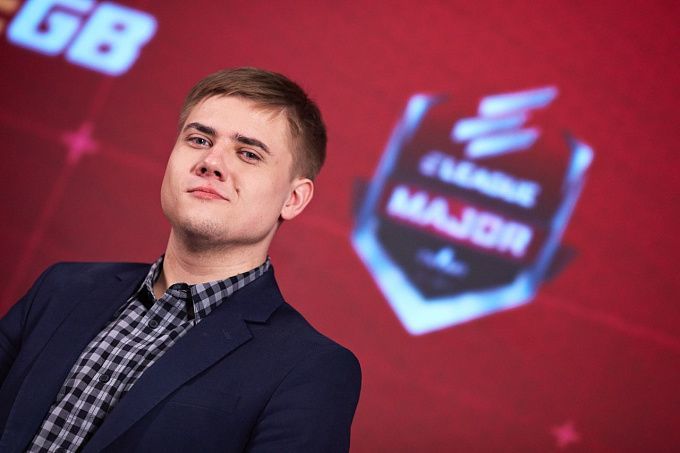