Global sales of smart speaker market grew 187% year-on-year in the second quarter of 2018, thanks to the strong growth from China, according to a report released by Canalys.

Collectively, Apple, Google, Xiaomi, Amazon, and others shipped 16.8 million units, up from 9 million in the first quarter. 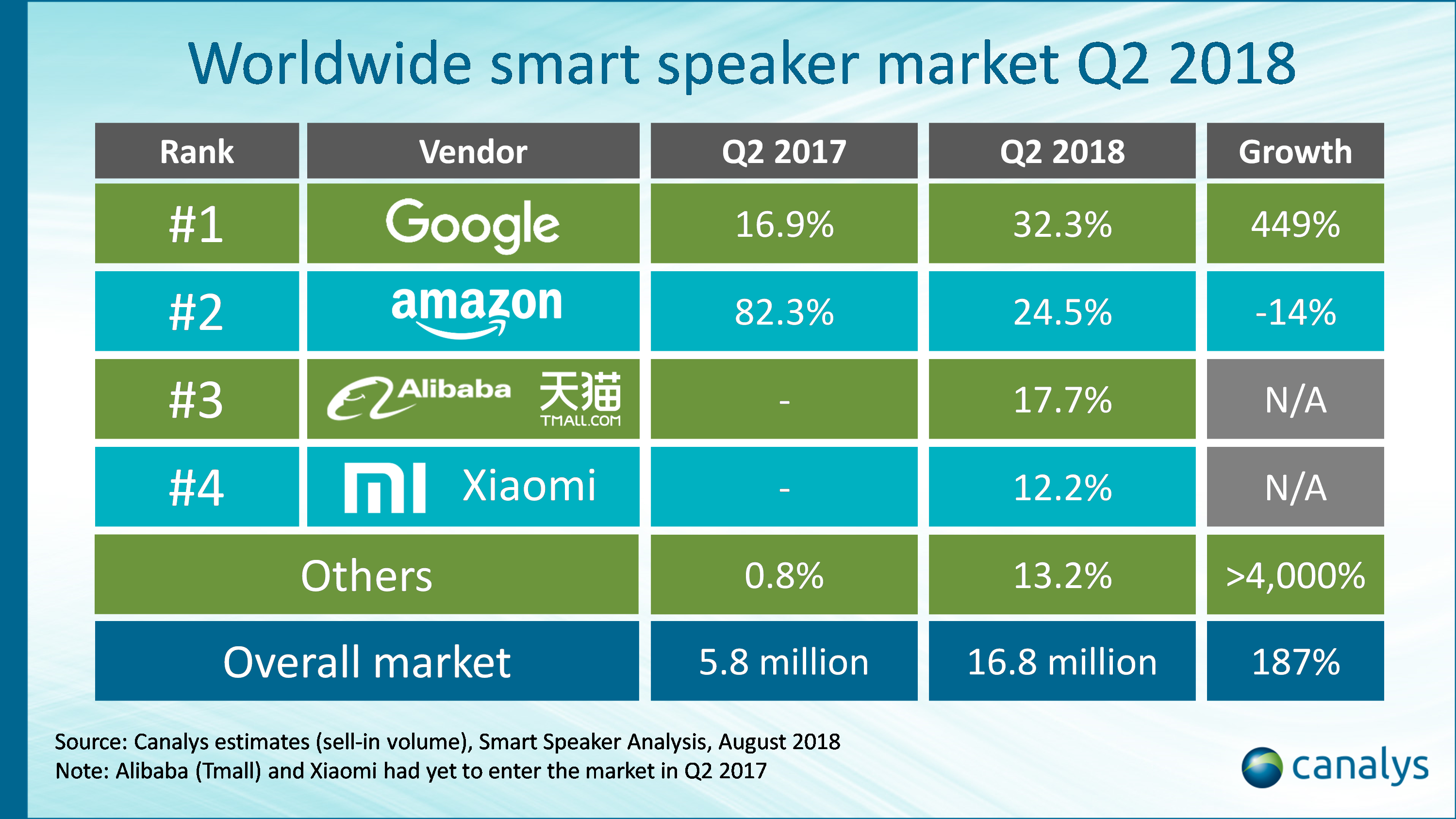 China following a pattern similar to US

Despite strong progress in the US, China became the growth engine this quarter, contributing 52% to worldwide volume growth, against 16% from the US.

Canalys pointed out that smart speaker adoption in China is following a pattern similar to the US.

That rapid adoption by Chinese consumers vaulted China to about 30% of global smart speaker unit sales in the second quarter, up from nearly zero three quarters earlier.

The big winners were Alibaba and Xiaomi, together accounted for nearly 90% of the market.

Currently, Alibaba maintained a market share of over 50% in China, securing the top spot in the country with 3 million shipments of its Tmall Genie speakers in the quarter.

But Xiaomi is catching up — its Mini AI speaker drove sales up 228%, with 2 million units being shipped in the country. 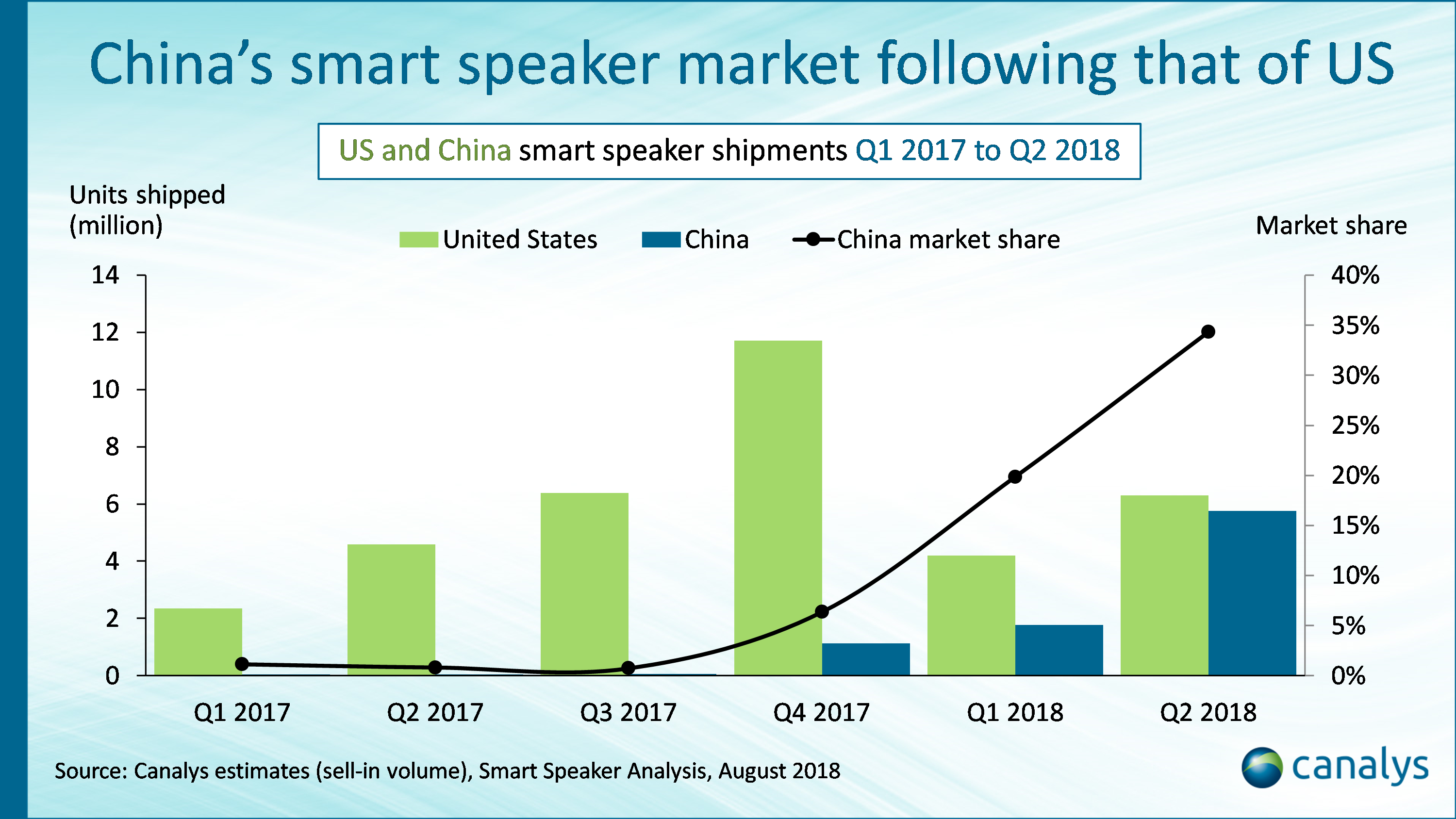 “China’s smart speaker market has quickly become a battlefield for only the big names, and it will be hard for the smaller players to catch up in terms of market share,” said Hattie He, Canalys research analyst.

“Alibaba and Xiaomi have both relied on aggressive price cuts to create demand. Both companies have the financial backing to spend on marketing and hardware subsidies in a bid to quickly build their user bases,” He said.

“Although the real level of user demand for speaker products is currently unproven, China is on its way to overtake the US in the near term. The challenge remains for local vendors to increase user stickiness and generate revenue from the growing installed base of smart speaker users.”

Use cases beyond smart home

Jason Low, senior analyst at Canalys, further pointed out that as the worldwide smart speaker market rapidly evolves, use cases for smart speakers are extending beyond just the smart home.

“Many players, including Amazon, are integrating smart speakers into verticals, such as hotels, retail, hospitals and other business establishments,” said Low.

On the other hand, he added, vendors are experimenting with new form factors and functionalities with smart speakers. For example, network operators in South Korea integrated smart speakers into set-top boxes and can add new lifestyle and entertainment services on top of IPTV, powered by voice and video.

“Looking ahead, the focus will be on uncovering the full potential of smart assistants, a direction set by Amazon and Google and echoed by many local market leaders,” Low concluded.

“We will soon enter an era where smart assistants will require a new form of hardware medium more effective than speakers to advance further.”