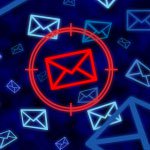 The attack has been verified on Google’s and Yahoo’s email servers and on two of the country’s largest fixed-line ISPs, though preliminary analysis suggest that all SMTP servers are targeted.

The STRIPTLS attack as it has become known works by inserting a man-in-the-middle at the ISPs. This is done via a transparent proxy.

Normally a client connecting to smtp.gmail.com on port 25 would be elevated to use STARTTLS encryption before authentication with username or password is passed and before the actual email message is sent.

However, accessing smtp.gmail.com from within Thailand results in a connection to a fake server that says it does not support STARTTLS encryption. If the email client proceeds any email sent is sent unencrypted through the man-in-the-middle but more importantly so are email login credentials.

The perpetrator would have a huge collection of usernames and passwords to email accounts through this attack as well as the actual messages.

Setting the email client to explicitly use TLS connecting on ports 465 or 587 is still safe and communication remains encrypted. Only clients that are set to use encryption if available connecting on the default SMTP port would fall foul of the attack.

Sport 30 Aug 2021 20:06 Thailand Women win T20 cricket series against Zimbabwe Daily News 29 May 2019 00:00 Samsung and Apple phone business still going down Daily News 24 May 2019 00:00 Verizon Media unveils HK expansion plans
This website uses cookies
This provides customers with a personalized experience and increases the efficiency of visiting the site, allowing us to provide the most efficient service. By using the website and accepting the terms of the policy, you consent to the use of cookies in accordance with the terms of this policy.
Settings
Feed
Customize